Travel Review- “My Thoughts on Queen of the Hills”

India is a country with diversity in faith, beliefs and languages, and in that vast country, a city called Shimla, near the Himalayas in the north, contains the world's beauty. Shimla is dotted with a series of white and gleaming snowy hills and pine trees, the chilly, frosty air of the place gives you goosebumps. Its main attraction are the deep valleys where even echoes take a long time to emerge. The "Queen of Hill Stations," where the air speaks, the hills sway, and the trees dance.

Shimla has long been on our wish list, so we decided to make it our summer destination. A vacation in Shimla was something that my entire family was looking forward to. It was a short trip, as our parents had to report back to work quickly. We decided to travel by rail because we adore train rides. Early in the morning, we boarded the Shimla train and rode through lush green plains, intriguing tunnels, and breathtaking slopes. We were enthralled by the views of neighboring hill stations such as Solan, Jakej, Kumarhatti, and others.

People are drawn to the city because of its allure, tradition, and affection. Shimla is frigid in the winter and cool in the summer, and when it shows off its splendors to visitors, they are left with a lasting impression. Small twisting streets surrounded on both sides by purple Rhododendron flower plants with dark green leaves set the tone for the ride. Every step made on any road leads to the city's core, some uphill and others below.

“The Mall Road" is the city's busiest and most crowded area. From afar, the mob seems like a swarm of ants over a piece of sugar, attempting to take it over. The street is overflowing with a diverse range of materials that can be found throughout India. There is a train of businesses namely, jewels, handicraft materials, embroidered clothes, and many more products to tempt you.

The Himachal State Museum (also known as Shimla State Museum) is housed in a colonial palace on Mall Road. It boasts of a large collection of miniature paintings, stone sculptures, coins, weapons, armors, dolls, jewelry, handicrafts, and numismatic artifacts that were discovered in the valley. All the artifacts maintained here are part of the state's rich cultural history. This museum is renowned for its collection of bronze statues gathered from numerous temples throughout the Himalayas.

The Ridge might be called Shimla's heart in terms of geography and tourist attractions. It is simply a wide-open roadway that runs from east to west, connecting the Mall Road to the famous Scandal Point. The breathtaking vistas of the snow-capped mountain ranges against the azure sky that surround this paradise are what makes Shimla so popular. Long-established British businesses abound, luring travelers for some retail therapy and eating. The Ridge is the region's social hub, lined with boutiques, bars, restaurants, cafes, and shops.

A 40-minute drive from the city center lies Kufri, another must-see location in the region. At an elevation of 8607 feet, this small hill station offers panoramic views of the surrounding snow-capped mountains. But Kufri isn't just about Shimla tourists. It also serves as a winter adventure center, offering ice skating and skiing lessons as well as facilities. As a result, it is known as the winter sports center of India. Kufri is one of the greatest spots to visit in Shimla in December because it receives a lot of snow in the winter.

Green Valley, a visually stunning natural dale near Shimla and Kufri, lives up to its name. The valley is draped with vegetation, set against a backdrop of snow-capped mountains and lush green woods of pine and deodar. Away from the tourist crowds, the quiet Green Valley is one of the most beautiful places to visit in Shimla for honeymooners since it allows you to observe nature in all its glory. The site is also one of India's favorite Bollywood locales, having been included in a lot of Hindi films due to its pristine beauty. Although you may visit Green Valley at any time of year, the best time to go is in the summer.

My Shimla visit was simply incredible - from the toy train trip to the view across the ridge, a walk down Mall Road, to name a few highlights. The atmosphere is really very good and refreshing. You can bask in the beauty of nature. The snow-covered hills will hold you in thrall. If you want to spend your summer in a cold place amidst the lap of nature, away from the heat and bustling crowd, then you could consider Shimla. 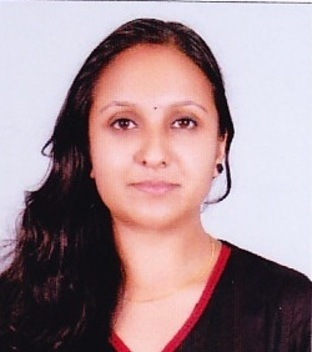 Greeshma  Kartha is currently working as an Assistant Faculty and Analyst at Athena Global Education. She is a Master's Degree Holder in Computer Science and Engineering and has worked as a Junior Research Fellow for Vikram Sarabhai Space Centre. Greeshma has contributed research-oriented papers to well-known websites. She is a voracious reader. Her areas of interest are Artificial Intelligence, Data Science, Bioinformatics, and Machine Learning.

Thank you.😇 Keep motivating us with your support.

Ahaa, its pleasant conversation on the topic of this article at this place at this web site, I have read all that, so now me also commenting here.

Our sincere thank you