Three Big Leadership Lessons I Learned From The Lion King

I love movies. The twists, the tales, the plots – all of them. They have always been a welcome escape for me from the drudgery of real life. In some cases, you will find a movie so profound in its meaning that you actually learn important life lessons from it. This is the case for me with the iconic animated Disney musical of 1994, the Lion King.

The story of the young lion captured hearts throughout the world and across generations. A tale of a young cub who loses his father to fratricide in a royal succession dispute only to return triumphantly years later with the help of very unlikely friends. Who wouldn’t love a story like that? What is more exciting are the numerous lessons that the movie teaches. I learned three (3) incredible leadership lessons that have shaped the way that I lead my teams. In this article, I will share the three (3) big leadership lessons I learned from the Lion King and why these lessons are so profound.

Leadership has been a topic of study since people could write. We have all been regaled with tales of military leaders from days gone by or inspired by political and business leaders who have shaped our thinking and experiences. Without a shadow of doubt, we all agree that leadership is essential in keeping our societies and communities together and for us to make progress as a race. It becomes crystal clear when you see the impact that poor leadership has on countries or businesses, especially when juxtaposed with good leadership. The impact of leadership, whichever direction it takes, is immense and affects the lives of so many people. Therefore, as leaders, we should be open to learning. Learning makes us better leaders.

I watched in admiration as Mufasa (the king and dad) spent the first half-hour of the movie grooming Simba (the protagonist and son) to be the next king of Pride Rock. That leaders should actively carry the responsibility of grooming future leaders is one of the most profound lessons for me from the Lion King. Let me explain why.

I come from an African country where we had the same president for 37 years. The same guy! The answer to why we couldn’t change a president was always the same. It was always a version of how there were no leaders who could replace him. Basically, a country of millions of people could have only one guy who could be a leader. Unfathomable and most certainly untrue! It dawned on me that this impression was created because the man on top never took the time to groom the next level of leaders. He held on to information, created closed systems that relied on him, and ensured that anyone who remotely looked like a leader would never rise.

In the movie, most of the first half-hour is around Mufasa teaching Simba about Pride Rock and how to be a King. He teaches him how the system works, giving us the famous line about “the circle of life”. He taught him practical things like hunting and boundaries and inculcated in him the salient qualities of a leader. Mufasa would also conduct some state business with Simba in tow so he would learn. You see this in the scene where Zazu (the advisor) gives Mufasa his morning briefing with Simba present as well. Mufasa also prepared Simba mentally to understand that one day, he will be King and what to expect when that time comes. If that doesn’t represent grooming, then nothing does.

As Simba grows and battles inner turmoil and his own personal demons, he constantly remembers what Mufasa taught him. It becomes his true north in many ways. This is hugely important in understanding leadership because grooming the next generation of leaders ensures the right standards, culture, and ethos even when we are no longer there to watch over it. As leaders, we need to share information and the spirit of the community or the organization or country with the next generation. We must work to enable the next generation of leaders to be ready to take the mantle and rise to the occasion with the understanding that we are not immortal and we won’t be around forever. This leads to continuity which is a vital ingredient for success.

Inclusivity as an ingredient for success

Leadership comes in many shapes and forms. I will admit that I am partial to inclusive leadership. I understand that it isn’t everyone’s cup of tea but a case can be made for it.

Approximately, 60% of the fastest-growing companies in the world promote inclusivity and diversity and cite them as key elements for innovation. When you remove the responsibilities for innovation and creativity from a single head and share this among people with different experiences and backgrounds, the outcome is often amazing.

I have seen instances of leaders who believe they can do it all alone. Everyone else becomes a tool to translate their vision and their ideas. They are entirely independent in terms of ideas and thinking and their attitude is that it is their way or the highway. I am sure there are a smattering of leaders who have used this model of leadership with some success somewhere but I am hard-pressed to find them. What I often see in high-performance organisations is that inclusive leaders are often the most successful leaders. I believe that leadership doesn’t need to be a lonely journey. You need to take others with you because the reality is that no one can do it alone.

Simba’s rise to eventually become King of Pride Rock is a testament to this. He took inclusivity to the next level. It took a diverse cast of characters in different ways to ensure Simba’s ascendancy. Rafiki – the baboon, Nala – the lioness, Timon – the meerkat, and Pumbaa – the warthog are very unlikely bedfellows who played key roles in Simba’s success. Each had a crucial role to play and determined the ultimate success of the takeover. The same prevails in leadership where we need to be inclusive and understand that sometimes we need help and different people along the journey. There are people around us who have been or who will be major actors to help leaders when they fall or take on tasks that leaders may not have the capacity to. I am a firm believer that the leadership journey should not be a lonely journey.

Great leaders inspire action. Inspiration is a key and critical ingredient for leaders. According to an IBM survey of 1,700 CEOs from 64 countries, the ability to inspire was in the top three of the most desired traits of a leader. Harvard Business School also collected data from assessments of over 50,000 leaders and the ability to inspire stood out as a core competency for leadership. Often, with the right dose of inspiration, things that would never have been possible, become a reality.

In the Lion King, all the lions suffered under Scar’s (the bad guy) rule when he became King. They were mistreated and by all accounts, overworked. Scar was not an involved or compassionate leader, resorting to unwarranted violence in one scene in the movie. It took Simba’s return to turn the tide. There is no account that presents Simba as a master fighter or skilled tactician but he came with the gravitas that inspired the rest of the pride of lions into action. When he returned, all the other lions found the will in themselves to rise up and fight. It was this, that eventually led to Scar and the hyenas being overthrown. Simba inspired the lions into action.

Inspiration is often seen as one of the most important leadership traits. With it, we are able to foster commitment, energy and passion. Some studies say that inspired people are twice as productive than those who lack inspiration. Those are great odds to lean into. The power of inspiration in a leader often opens up limitless opportunities for growth and success.

The Lion King is definitely a great movie where a good range of lessons can be drawn from. I have chosen three (3) lessons that have profound leadership significance for me. It is important for a leader to understand that success can never be attained as an individual. There are so many real-life examples that prove that. A leader must inspire those that follow him hopefully towards positive action and he needs to prepare and groom the next generation of leaders to ensure continuity and growth. Those lessons are powerful in terms of defining the role of a leader. 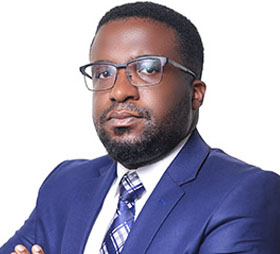 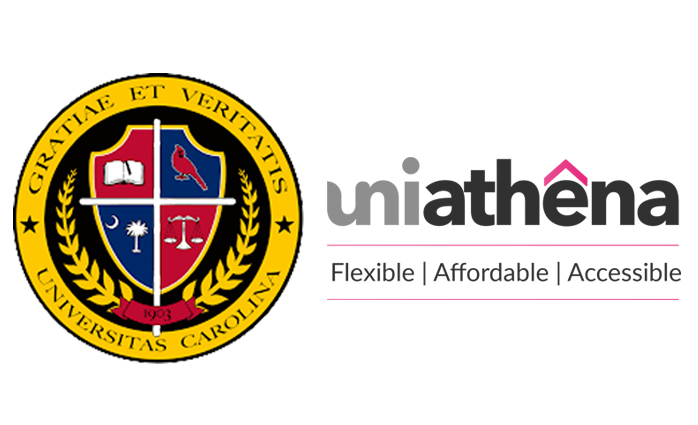 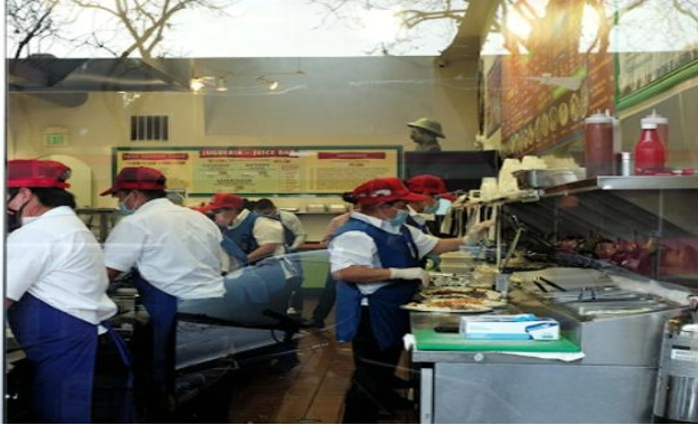 The Ever-Changing World of the Employee at the Workplace 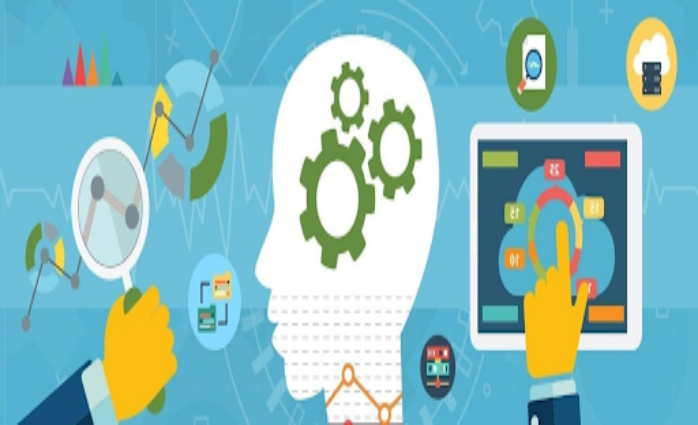 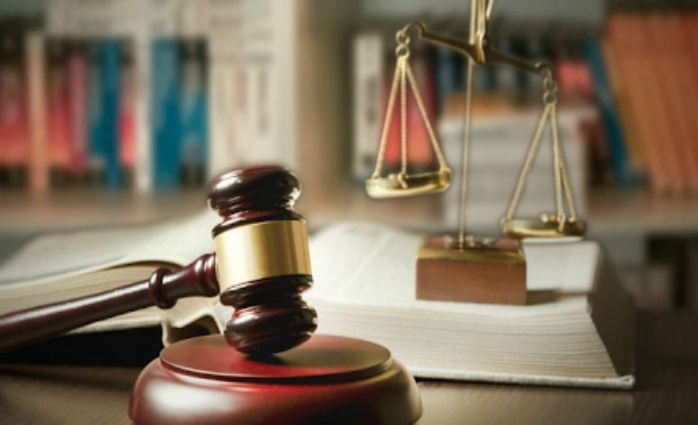 A New Course Makes its Foray into UniAthena 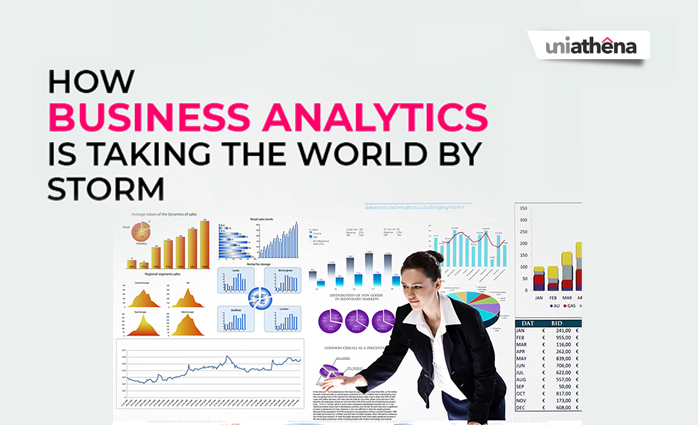 How Business Analytics is Taking the World by Storm