Mr. Gurcharan Das is an author and public intellectual figure of repute. He graduated in philosophy from Harvard University and was featured in three case studies by Harvard Business School. He was the CEO of Procter & Gamble and took early retirement to become an author.

His latest book, ‘The Difficulty Of Being Good’ is the outcome of a number of years of research and hard work.  A great deal of time and effort have been put in by taking an academic holiday to read the Indian epic Mahabharata. Mr Das took Sanskrit classes to get the real meaning of the subtle art of Dharma, or ‘moral well-being’ of this great epic. Mahabharata was a war fought 3000 years ago, and the author has tried to draw a parallel between this ancient epic and the present-day world. He has tried to link the dilemmas faced by characters of Mahabharata, to our present-day predicament by questioning the global recession that took place in 2007, followed by the Satyam scandal, as well as the investment bankers of Wall Street moral failure, to cite a few of them.

Mr. Das tries to find answers to these quandaries, regarding the emotions felt by Mahabharata characters like envy, courage, duty, despair, selfishness, anxiety, guile, revenge, remorse, by exploring how these lead to moral failure even today. His research on correlating the present incidents with ancient virtues and lies goes well with the title of the book, in terms of how difficult it is sometimes to be good, and how Dharma too might not find answers to tough questions pertaining to morality and goodness. He also talks of inequality of women, as well as  Karma, or the duty of the king in the past, and the duty of politicians, bureaucrats, and power holders in today’s world by asking if we are doing our duty diligently with fairness and integrity and of what is expected from high position holders.

The author has also narrated many anecdotes from ancient Greek mythology, Judaism, Islam, Jainism, and others, comparing them with what happened in the epic Mahabharata to what is happening today. The book is recommended for people deeply interested in ancient history, and also those who are fascinated by  this genre and philosophy. I would like to mention here that this book does not preach any religious or holy views on different cultures or religions. It deals with an ancient Indian epic and weaves it into the modern-day happenings, with similar anecdotes drawn from various cultures and civilizations worldwide.

“The Difficulty of being Good” does not offer any solutions either, or preaches morality, but relates actual happenings of history, leaving the readers to judge and learn from these incidents. Most importantly, it helps in opening up the reader’s mind and expands his horizon to understand the subtle art of Dharma, a little better 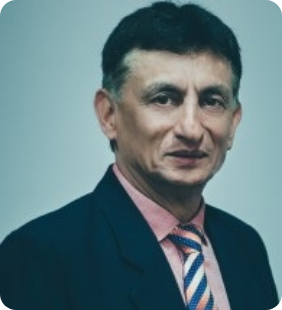 Col (Retd.) Anil Ahluwalia has more than 30 years of experience in the domain of Academic, Corporate, HR, and Business Management Training Services and is acclaimed as an outstanding leader. The various training programs conducted by him have immensely benefited senior and junior management employees, managers, supervisors, front-liners and staff from various industries. Prof. Ahluwalia is presently spearheading conduct of all training courses for Westford School of Management in UAE, India, and other regions, as the Academic Director.