Looking at Shattered Glass with Hope

You can love and hate something at the same time. I carry this feeling every time I come across a historical event in a book – I love it, but I sorely hate it at the same time. It can be fascinating to read about something that took place centuries ago but it's also hard to understand the reasons why certain events occurred. As I flip through the pages of history, it feels as though I am walking among shards of glass. But I would like to invite you to view the broken pieces of glass from another angle.

Over the course of history, we witness groups of people who made great strides for change – good and fruitful change, most importantly, change that benefitted the marginalized. Think about the many women who fought for the right to education, the right to vote, and the right to equal pay for equal work; the many freedom fighters who fought to end colonialism and racism, the Jews who survived the Holocaust to tell  future generations some day of what they lived through. I believe that history is valuable for our generations because it connects us to our past. But it should also compel us to be grateful to those who fought so much for us to have a better future.

History displays a vivid picture of why the world we live in is undeniably broken. From world wars, systemic racism, caste systems, terrorist attacks, rich people exploiting the poor and endless atrocious events, we cannot help but look at history as broken glass. And sometimes what’s broken remains untouched for fear of getting hurt. But that's the thing, the hardest parts are always going to be broken. We can't deny that history is broken, systems are broken and inevitably people are broken.

When you have broken people, you have broken systems. Let that sink in for a moment. Think of one man whose hatred for the Jews turned into killing millions and millions of Jews. His hatred resorted to brainwashing many others who turned bitter against the Jews. Why would someone desire to kill millions of innocent people? Broken people and broken systems are a problem. If we had major reforms within our system, we would not read about so much atrocity and impunity. It is hard for our minds to ever understand why such events happen, as you read the course of events and you wonder what man was thinking at that point of time.

Amidst all the brokenness history presents, it should make us be thankful to the people who went out of their way and sometimes sacrificed everything they had to give the coming generations a better future - people who fought racism, slave labor and other forms of injustices meted out to innocent people. We need history to honor and recognize those who have fought for the marginalized and vulnerable, to name a few, Jesus Christ, Harriet Tubman, Nelson Mandela, Mahatma Gandhi, Desmond Tutu. History is dark and deep and often very depressing to read but we see such valiant people shedding light and hope in broken situations.

Last year when the Covid-19 pandemic began, I spent  some time reading about the 1918 Influenza Pandemic which swept across the world and claimed the lives of millions of people. This part of history always seems disjointed and baffling to me - World War One had ended which took the lives of many men and women around the globe, followed by a deadly global pandemic and little did people know that 100  years later, the world would face yet another war. I often ask myself, how could someone live in such turbulent times? At least during the current Covid-19 pandemic, we have resources such as technology to keep us in the loop. During the influenza pandemic, people did not have resources that allowed them to communicate effectively or efficiently. They did not have any advanced ways to keep in touch with loved ones during a lockdown. There was no access to Zoom, Skype, Dial-a-Delivery, Uber Eats, these things were non-existent...they lived with what they had.

Most importantly, history helps us fight for the change we need to see happen in our communities, societies and in our world. Past events such as the Apartheid, Holocaust, the Rwandan Genocide, 9/11 terrorist attacks were atrocious and sometimes painful to talk about. We cannot change these past events, rather how we respond to current situations around us matters a great deal. Do we just sit and laugh at comedians who make racist jokes? Like, share and repost a Facebook post that is really funny, woke, or trendy but at the same time highly offensive against a group of people? Or do we use our power to call out shameful and belittling remarks that are made against the marginalized in our communities? How do we actively engage with sensitive situations around us? Are we aware of these unconscious biases that prevent us from changing the present? 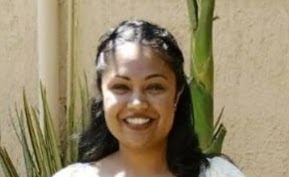 Thanks for the marvelous posting! I quite enjoyed reading it, you're a great author. I will be sure to bookmark your blog and may come back at some point. I want to encourage yourself to continue your great posts,