Is the East African Community a Mirage?

The East African Community (EAC) is a regional economic bloc comprising Burundi, Kenya, Rwanda, Tanzania, and Uganda. Its aim is widening and deepening the economic cooperation between the Partner States. The community was created by the EAC treaty of 1999 which set into motion a series of activities aimed at establishing a fully-fledged community with an economic union, monetary union and eventually a political union.

Five years since the common market protocol was implemented, not much tangible progress has been achieved in the area of harmonization of domestic taxes. A case in point would be excise duty. The five Partner States in the EAC have quite divergent laws on excise duty. For instance, while Tanzania, Kenya, Uganda, and Rwanda have an excise Act, Burundi uses a ministerial directive to enforce excise duty.

The second example is the disparity of excise tax structure with different Partner States adopting a mixture of ad-valorem, specific and hybrid structures interchangeably. The third example is the excise duty remission schemes. Some of the Partner States have implemented remission schemes that deliberately favor certain excisable products made from local raw materials. The latest entrant in this scheme being Kenya where recently a scheme that grants 90% excise duty remission on beer made from local raw materials was implemented.

While excise duty remission may not be entirely a bad thing, the way the various Partner States have gone about implementing their remission schemes has been discriminative hence not helpful to the cause of excise duty harmonization. Take for example, beer manufactured in Uganda using Ugandan raw materials and then imported into Kenya. The product will be subject to the full range of excise duty in Kenya upon importation. A similar product manufactured in Kenya using local raw materials will be entitled to 90% remission. Given the fact that excise duty forms a significant portion of the price of alcohol products, the Ugandan product, therefore, becomes exorbitantly expensive and hence unable to compete in the local market. While someone may argue that this promotes local agriculture, it is important to remember that the spirit of the common market protocol is to identify the local market to mean the EAC.

Another example is the discriminatory structure of excise in Uganda with a four-tier specific excise structure that discriminates against imported cigarettes. Cigarettes manufactured in Kenya and exported to Uganda end up attracting as high as 36% more excise duty. This specific excise duty structure introduced in Uganda in the 2017 budget saw British American Tobacco (BAT) file a case at the East African Court of Justice (EACJ) seeking orders for Uganda to revise the Act on the basis that it was in violation of the EAC treaty and protocol. The court granted an injunction in January 2018 stopping Uganda Revenue Authority (URA) from collecting the higher rates of excise on imported cigarettes. The case is still ongoing at the EACJ. In May 2019, the EACJ ruled that the actions by Uganda were in violation of the EAC treaty and protocol.

This means that the Uganda poultry products have free access to the Kenyan market while the Kenyan products are hindered from access to Uganda. It's estimated that over 35 tons of Uganda poultry are imported into Kenya every week. Given the porous nature of our borders, this figure could be as high as 50 tons per week.

Tanzania has also imposed stringent requirements for compliance from the Tanzania Food and Drug Authority (TFDA) which many players in the poultry sector have seen as deliberate efforts to bar them from accessing the market. The most recent impact of such actions by Tanzania culminated in the 2018 burning of chicks imported into Tanzania from Kenya for being deemed non-compliant to the local poultry guidelines at a great loss to the importer. We therefore cannot overemphasize the vulnerability of the Kenyan poultry industry from the regional attack.

Players in policy formulation in various countries are most likely resistant to full harmonization due to specific considerations around tax sovereignty, failure to agree on a common excise policy, fear of losing revenue, and the reluctance by the Partner States to agree on the gradual convergence of excise rates due to differences in Gross Domestic Product (GDP) among others.

For full harmonization to work, Partner States will be required to cede principles of tax sovereignty in relation to the excise tax. This will require a regional holistic perspective rather than a nationalistic one, for the region to succeed. Given the direction in which the various Partner States have been moving, the harmonization of excise duty will remain a mirage in the foreseeable future. Mutual and reciprocal recognition of the standards bodies needs to be embraced across the community if the benefits of the EAC treaty and common market protocol are to be enjoyed.

The information published in this article is based on the writer's point of view. Athena Global Education is not responsible for the content or accuracy of this information. 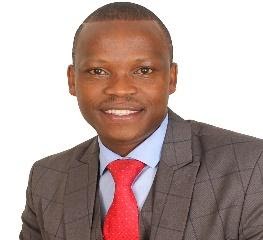 Nice post. I learn something new and challenging on sites I
stumble upon on a daily basis.