Building An Agile Organisation for the Future

What does any of the above have in common with where we find ourselves in the present day?

As things change at a rapid pace, it is less about how strong or intelligent we are as a species, but more about how we adapt to this change (Charles Darwin; Naturalist and specialist in the science of Evolution, 1809 – 1882). Disruption is a word that is freely used but very often not properly understood. In fact, the only thing that is constant in today’s world is change.

Organisations urgently need to adapt and become Agile or they will be left behind!

This is best described in one of Aesop’s Fables where he speaks of the oak tree and the reed. While the strong oak tree trusts its strength to withstand the storm, it is blown over. Lying on its side, it sees the reeds bending with the wind to survive the storm.

Building a sustainable organisation that can adapt to this ever-changing environment begins with leadership, a mindset change, a specific set of self-developed skills, and continued learning.

This “Modern Economy” has become so complex that the best thing to do is to stop predicting and trying to control this environment, but rather to listen, sense, adapt, and respond.

Frederic Laloux ( author of “Reinventing Organisations”) clearly explains what he perceives as the history and the evolution of Organisational Paradigms. He labels five different paradigms each with unique characteristics by colour,  starting with:

RED - The Red paradigm is the oldest and was developed by tribes. The unique characteristics of a Red paradigm are those of Power and Fear, these being most useful in situations of Chaos. However, a powerful leader is the only thing that can guarantee the success of the group. He or she will need to command authority and set rules in order to divide labor. Organisations that have successfully used the Red paradigm include  Street Gangs, Mafia, and the Tribal Militia. It is highly unlikely for a Red organisation to become Agile and this paradigm is at continued risk of losing its leader, which will ultimately result in the organisation failing.

AMBER – The Amber paradigm evolved as the Red power structures could not accomplish long-term sustainability. Amber emerged with a typical hierarchy like that found in the Roman Military under Julius Caesar.  Leadership was established by status and not physical prowess. Common characteristics found in an Amber paradigm are that of hierarchy, stability, and exerting control on the lower levels. The breakthrough of an  Amber organisation is that of having the ability to take long-term views, developing strong Process and creating Formal Roles within the hierarchy. Examples of Amber organisations today are that of Public Schools,  Governments, and traditional Churches. Amber organisations begin to hit their limits when conditions change, and high levels of Process and Bureaucracy begin to creep in, which ultimately aggravates Agility.

ORANGE – Orange organisations evolved when the Amber paradigm could not adapt to change. The start of the French and American Revolution sparked this shift. Key characteristics of an Orange organisation are that of  Competition, focus on Financial Profits and Growth, and a switch to Objective-based Management where leaders set the strategy and lower levels within the hierarchy are given some level of freedom on executing the plan. Breakthrough ideas in an Orange organisation are Innovation, Accountability for reaching the  Objectives as laid out by management, and the ability of individuals to rise through the hierarchy structure based on their skills and experience.

The orange organisation is the predominant perspective in the world today,  and most large-scale corporations function within this paradigm. Orange, however, has recently begun to hit its limits as employees feel that the profit motive is not fulfilling enough, which causes them to become disengaged with the organisation and they begin to see themselves as simple cogs in a machine.

GREEN – A Green paradigm has now emerged as people seek to find more and more meaning in their work.  Key characteristics of a Green organisation are: emphasis on Delighting Customers, making decisions based on a set of Shared Values, and High Engagement from everyone within the organisation. The breakthrough ideas in a  Green paradigm are that of balancing the needs of all Stakeholders including Customers, Employees, Partners, and Suppliers, a focus on Culture over Strategy, and true Empowerment of employees within the organisation regardless of their level within the hierarchy. The Agile movement lends itself to organisations with this perspective.

Laloux continues to write of the TEAL paradigm but that is a discussion for another day.

Organisation Leaders need to embrace change and adopt a Green paradigm mindset. They must develop skills that will assist with driving an Agile environment. They need to have a High Tolerance for Ambiguity and they must assume their position with concrete knowledge of what their corporation will look like beyond three years.

Leaders should develop the ability to properly project and adapt to the type of climate the organisation will need to go through in this world of constant change and disruption.

Leaders are required to have the ability to embrace new technology in an attempt to keep their competitive edge.

They must have the power to inspire and assemble the best possible talent. Leaders have to develop Agile Decision-Making Skills and most importantly, they must master the art of keeping all stakeholders engaged with the organisation, its Mission, its Vision, and its Values.

The Future is now. Adapt or become irrelevant. 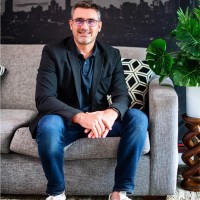 Great piece and on point. I love the fable of the Oak tree and the Reeds