How Blockchain Technology is Shaping the Future of Insurance

The world is gradually turning more data-driven. Recently, numerous businesses have started examining blockchain technology, in particular smart contracts. Several industries have recently invested time and resources in gaining knowledge about the feasibility of blockchain technology and the implications of its adaptability in the workplace. Blockchain has been used more widely by sectors like pharmaceuticals, healthcare, e-commerce, banking and finance, etc., which has been a huge success.

Despite the fact that technology has irrevocably revolutionized complete industries over the past ten years, the global insurance industry, which is a multi-trillion-dollar industry, has mostly stayed stuck in a time warp with little innovation or advancement in terms of customer service. Internal conflicts over resources and career progression within the management may be primary causes of this. Despite the advent of online brokers, many customers still approach insurance brokers via telephone calls to purchase new plans. Policies are processed on paper contracts, therefore rendering claims and payments prone to errors and frequently necessitate human oversight & intermediation. This is exacerbated by the innate uncertainty of insurance, which includes risk—the primary insurance product—as well as brokers, consumers, insurers, and reinsurers. Each stage of this collective framework represents a potential point of system failure, when data loss, misinterpretations of policies, and delays in settlement are likely. Theft of insured property, document falsification for financial gain, and the daunting task of establishing liability are just some of the challenges an insurance business faces. Conventional approaches to addressing these issues require a substantial investment of money, time, and labour. The use of information technology in the insurance sector has sparked substantial discussion and debate. Big Data, Blockchain, Smart Contracts, and other technologies are expected to fundamentally alter how the insurance industry operates and make life easier for everyone involved.

Due to the lack of knowledge available on either of them, both blockchain technology and smart contracts are recent phenomena on the global marketplace. As the name suggests, a "blockchain" is, in essence, a "chain" of previously verified transaction "blocks" that serve as a distributed, robust basis for value transfers and an immutable digital ledger. Nonetheless, with the surge of interest in blockchain, has come an upsurge in the associated speculative activity. Numerous blockchain-based initiatives are being proposed, and blockchain technology is on the verge of becoming the "next big thing."

The concept of smart contracts, which allows a user to explore the terms and conditions of a digital contract using a user interface, was first proposed by cryptographer Nick Szabo in the year 1997. Self-executing code fragments known as "smart contracts" are stored on the blockchain. The code may, for instance, comprise licences, wills, certificates, or personal information. All sectors can employ these smart contracts, but the banking and insurance industries are most likely to experience disruption in the coming decade. Because blockchain is open, decentralized, and widely disseminated while still offering a secure and safe means of information storage, it is simpler to access.

Blockchain technology is a decentralized, secure option for cryptographically maintaining records. Insurance is one of the fundamental services provided to minimize costs and aid people in an emergency. It takes considerable time to use traditional methods to resolve issues concerning liability and document authenticity. In this instance, blockchain offers a simplistic yet comprehensive method of lowering the numerous risks associated with an insurance company. Additionally, its core components of redundancy, immutable storage (transactions are stored in the ledger without being corrupted, resulting in the ability to trust it), and encryption ensure that the data stored is accurate and secure. Blockchain technology, may be construed as a chain of blocks linked together with mathematically obtained data using composite algorithms, or cryptography; and is a decentralized and public platform that enables the establishment of a secure, robust, and transparent database.

There are various ways for the insurance industry to reinvent itself and become more efficient in its operations. The ability of Blockchain to generate trust in an untrustworthy environment through the use of shared ledgers and robust cybersecurity standards, has favourable implications for the insurance industry's future growth. The adoption of blockchain technology by insurance companies will present some challenges, as with any transformation. The implementation of this technology will take time and may necessitate a total revamp as it will automate manual tasks, which may necessitate reorganizing routines, processes, and personnel. The fact that adopting blockchain technology is an explicitly expensive proposition for a business, may also contribute to its slow implementation. Other businesses are likely to initiate implementation of the same, to remain competitive, and benefit from blockchain technology after observing businesses that have adapted to it and are experiencing paybacks such as security, significant cost reductions, transparency, and improvements in operational efficiency. 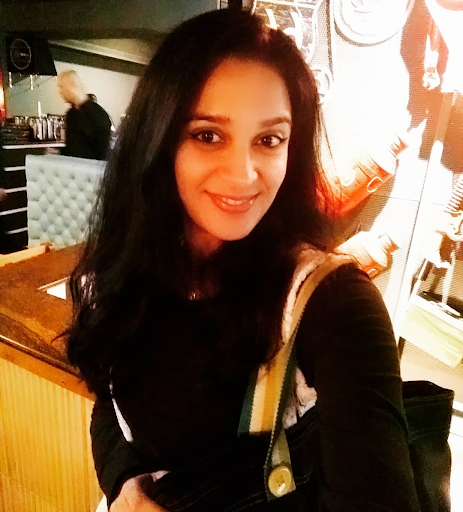 Chandrika Rao holds a Bachelor’s degree in Commerce and a Master's in Business Administration (with a specialization in Marketing), as well as a Post Graduate Diploma in Brand Management and Activation.

Chandrika has worked in the Banking and Financial Services sector for the last seven years, her professional expertise being Credit Risk, Financial Analysis, Banking Consulting & Training. She also has three years of teaching experience for MBA students. She is a freelance Content Writer and has over two years of experience in both Creative Writing and Writing for research publications and/or academia.

Chandrika is an ardent reader and animal lover; and volunteers for an NGO in her city, working for the welfare of community animals, including rescues, providing foster care, and helping with adoptions.