Travel Review -"Prague: My Tryst with the North Wind"

“ ..But still the clever north wind was not satisfied. It spoke to Vianne of towns yet to be visited, friends in need yet to be discovered, battles yet to be fought...”. I’ve always been fascinated by this voice-over dialogue from the classic movie ‘Chocolat’ where the voice-over presents an interaction between the north wind and the main character ‘ Vianne’.This in fact was my introduction to the North Wind. Once in a while, everybody gets an audience with the north winds; some more influenced by this tryst than the rest and this is the story of how I fell in love with Prague.

For me, the scheme of things has always been very basic: to be somewhere new, somewhere different, and somewhere far for a few days (and more if possible!) every year with my life partner. Prague was pegged to the board just because it satisfied all the above but after getting there the city just kept on giving. Prague with its resonating bohemian heart summons nomads of all kinds; musical, artistic, literary or spiritual.

The most remarkable feeling that one will get the moment one lands at Prague is the sense of belonging or the feeling of being part of the crowd. Everyone feels like a traveler and no one feels at home. A dynamic, inclusive, multi-ethnic slice of the world. Wenceslaus the first or Václav the Good was the duke of Bohemia from 921 until his assassination in 935 who proudly watches over all his visitors from the Wenceslaus Square; the historic city center which was added to UNESCO’s World Heritage List in 1992. I think we can safely assume that Wenceslaus Square is the most famed landmark of the “stověžatá - city of a hundred spires” as aptly nicknamed by the mathematician and philosopher Bernard Bolzano since everyone giving us directions makes the square as the reference point. In the city, the spellbinding architecture from the Gothic and Renaissance-era imparts the semblance of a “museum of architecture under the open sky” with a well-preserved area under UNESCO’s World Heritage List that covers around 900 hectares and at least 4,000 monuments.

The fact that Prague has an opulent wealth of Museums and Cultural history worked in my favor (I’ve always had an inclination towards exploring museums and culture!)with its Národní museum (National Museum); main building and new building located at the upper end of the Wenceslaus Square and thirteen other buildings of Národní and various other museums located at different parts of Praha. I remember one ticket being valid for a week and giving access to five museums from a list of ten. Museums shelter the rich heritage of Czechia from 4th century B.C when it was first populated by Celts, later replaced with the Germanic tribe and the Slavic people. The cultural progressions, political leanings, turmoil and persecutions being under various empires, different wars, and regime changes are carefully documented in museums with relevant historical data like Holy Roman Empire, Habsburg Empire, the Independent state of Czechoslovakia in 1918, annexation by Adolf Hitler’s Germany in 1939 and finally the current pluralist multi-party parliamentary democracy of Czechia.

If backpacking is your style of travel, then the Vltava river walk is the most refreshing thing you can have after a sizable breakfast that is usually a part of the B&B routine. The Vltava runs through Prague crossed by 18 bridges and covering 31 kilometers within the city, and the Charles Bridge is the most notable attraction in the whole stretch since it is a UNESCO World Heritage site. Charles bridges leads to the Prague Castle which, according to the Guinness Book of Records, is the largest ancient castle in the world, occupying an area of almost 70,000 square meters and one of the most visited tourist attractions in Prague drawing over 1.8 million visitors annually. A large portion constitutes religious pilgrimage to various churches on the castle ground whilst the opposite side of the bridge around the square provides various activities for the tourists. This mirrors the religious history of Czechia where opposing ideas like paganism and Christianity existed together.

It is fair to argue that this historical capital of Bohemia is not to be missed. If you want to head back in time to the aroma of chimney cakes and then blast into futuristic parties, then this is one of the few cities in the world which can validate such an adventure. Keep your nomadic heart pounding and let the north wind guide your expeditions…. 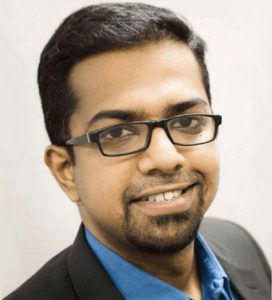 Dr. Vivek Mohan is an award-winning researcher with several years of experience in planning, designing, and delivering business management programs in higher education and corporate sectors in the UK, Europe, Middle East, and India. Dr.  Mohan had previously taken up Faculty and Researcher positions in Sheffield Business School, UK, and Leeds Business School, UK. He has a Ph.D. in Business Management and an MSc in International Business from UK.