Travel Review - A Silent Escapade for the Solivagant

Treks have become a cliche these days, but one of the most enduring and uncommercialized treks remains to be the one into the wilderness of the most conserved wildlife reserves in India, wherein not more than 3000 visitors are allowed per year. The Agasthyamala Biosphere Reserve, in India, - that surrounds the Agasthyarkoodam peak, remains approximately over 1,850+ metres tall, and lies amidst the Neyyar Wildlife Sanctuary.

The desolate peak, which lies on the border of the two southern states of Kerala and Tamil Nadu, is one amongst the very few sites added by UNESCO to its list of World Network of Biosphere Reserves in the year 2016. This humble and lush peak of Agasthyarkoodam is blanketed with a dense layer of bonsai forest that can be reached only by trekking.

A Panoramic View of Agasthyakoodam Peak from the Base Camp

The sanity of the trek is protected as any entrant is allowed into the terrain, only after proper briefing and acceptance to adhere to the strict guidelines issued by the Govt./Wildlife authorities from the Forest department, and is open only during the months of January to mid-March (daily permitting only 100 trekkers).

Vehicles reach only till the picket station or check post of government authorities located at Bonacaud, which is around 50 km from the city of Thiruvananthapuram, Kerala. The trek to the peak is 20 km long from Bonacaud and requires two days (with a one- or two-night layover at Athirumala Base camp/Station in Agastya Mala). 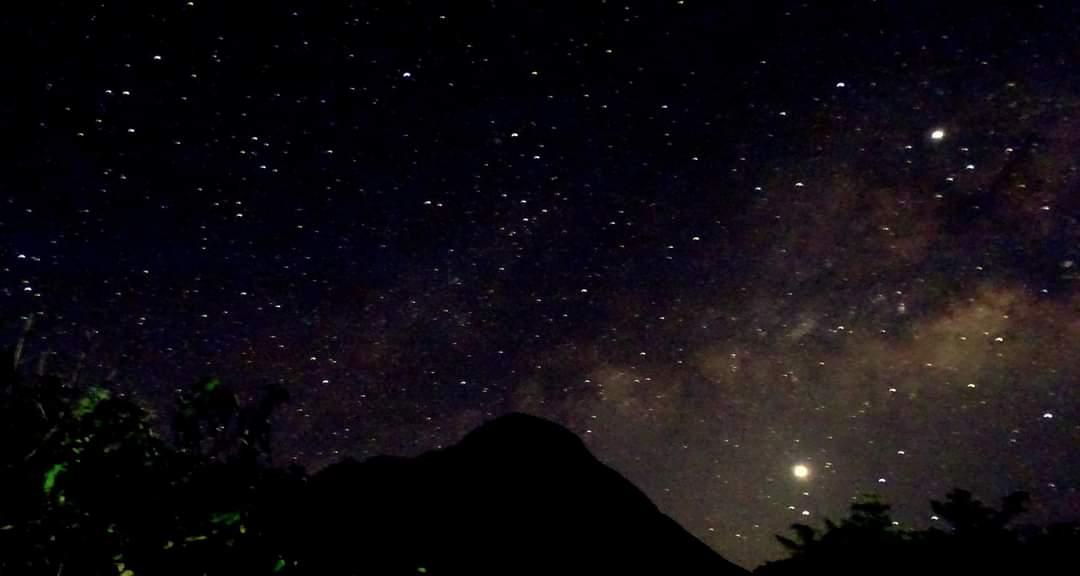 Agasthyarkoodam was primarily a pilgrimage centre for devotees of the Hindu sage Agastya, who is considered to be one of the seven sacred rishis/sages (Saptarishi) of the Hindu Puranas. It is believed that Agastya, was the one who founded the Tamil language and is considered the father of the Tamil language, as well as the compiler of the first Tamil grammar called Agattiyam or Akattiyam. So, too, is the Malayalam language, which is thought to have originated with Agasthya.There is a small Idol/stone statue of Agastya/agathiyar at the top of the peak, to whom the local tribe (known as kaani) alone is allowed to offer pooja/conduct rituals. 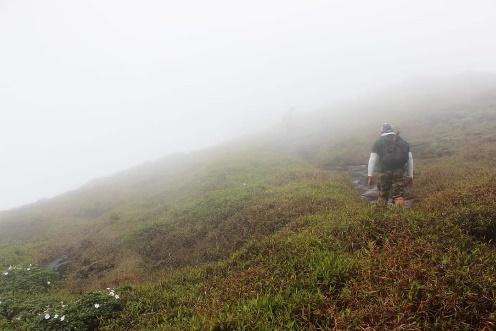 Passing through the misty terrain paved with shrubs

The first part of the trek can be started from the base station Bonacaud in the early morning and is 14 km through the forest to the camp. Elephants and wild bulls are in abundance in this part of the country, especially in the evenings. Obviously, you may come across a lot of the local sloth bear footprints near water sources, as well as see them feeding on fruits in tall trees (usually harmless). The final part, done on day two of the trek, is a 6 km long trail (one way) that can be done from the base camp to the summit of Agasthyakoodam mountain is treacherous. The wilderness and unconventional path give  one of a kind lifetime experience, especially with its scenic view and untamed terrain, that’s safe but makes everyone break a sweat and remains a challenging one too.

A Panoramic View of the Western Side from the Summit

Trekking in this terrain is rigid as the 20+ km path can be covered only by foot within two days. The trekkers get to experience a wide array of terrains, as they venture through a variety of terrains starting their journey within discarded plantations, followed by thin forest, rocky terrain, grasslands, dense tropical rainforest, bamboo forest, as well as they cross a terrain of bonsai forest and endure a vertical rocky climb before, they reach the summit. 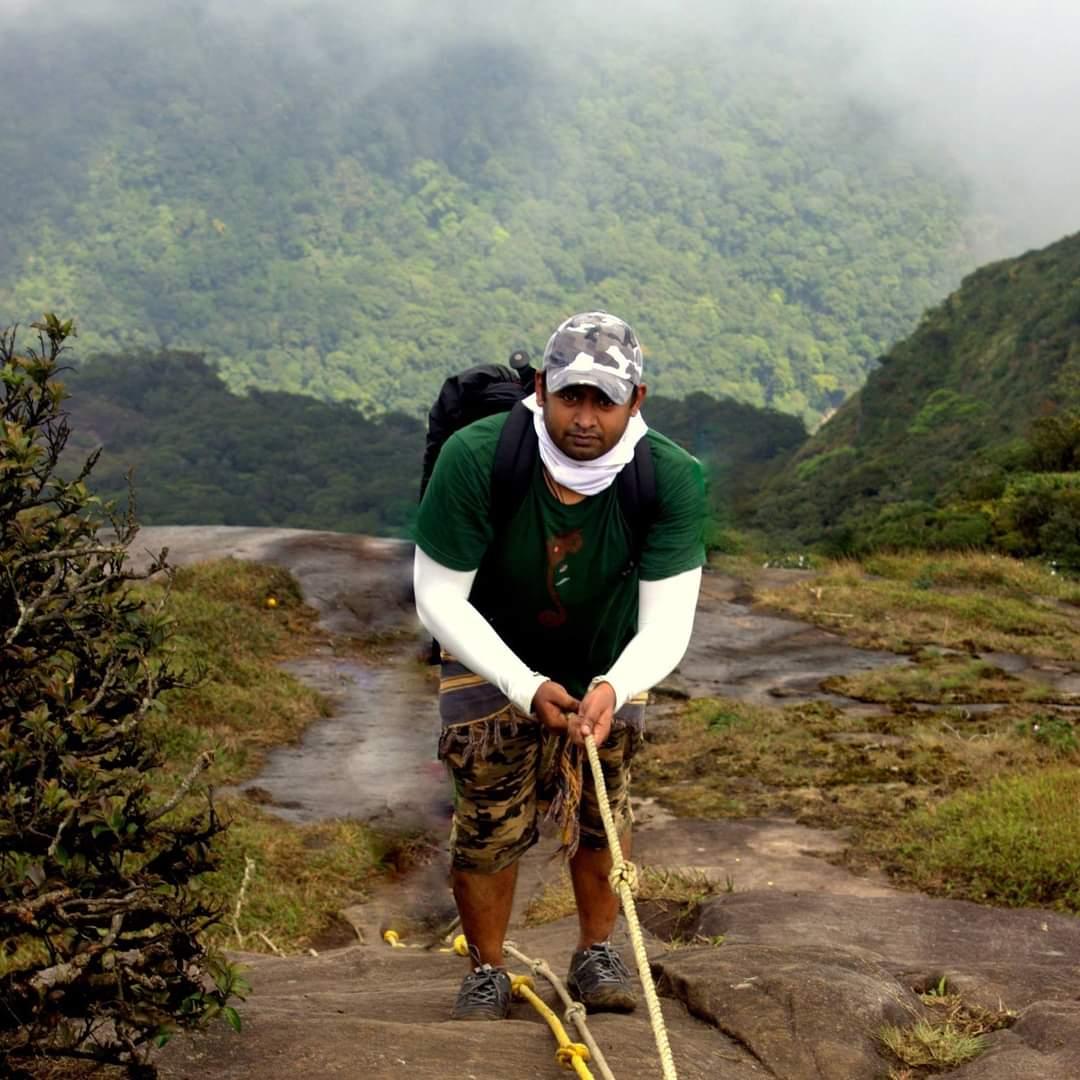 The final Ascent to the summit 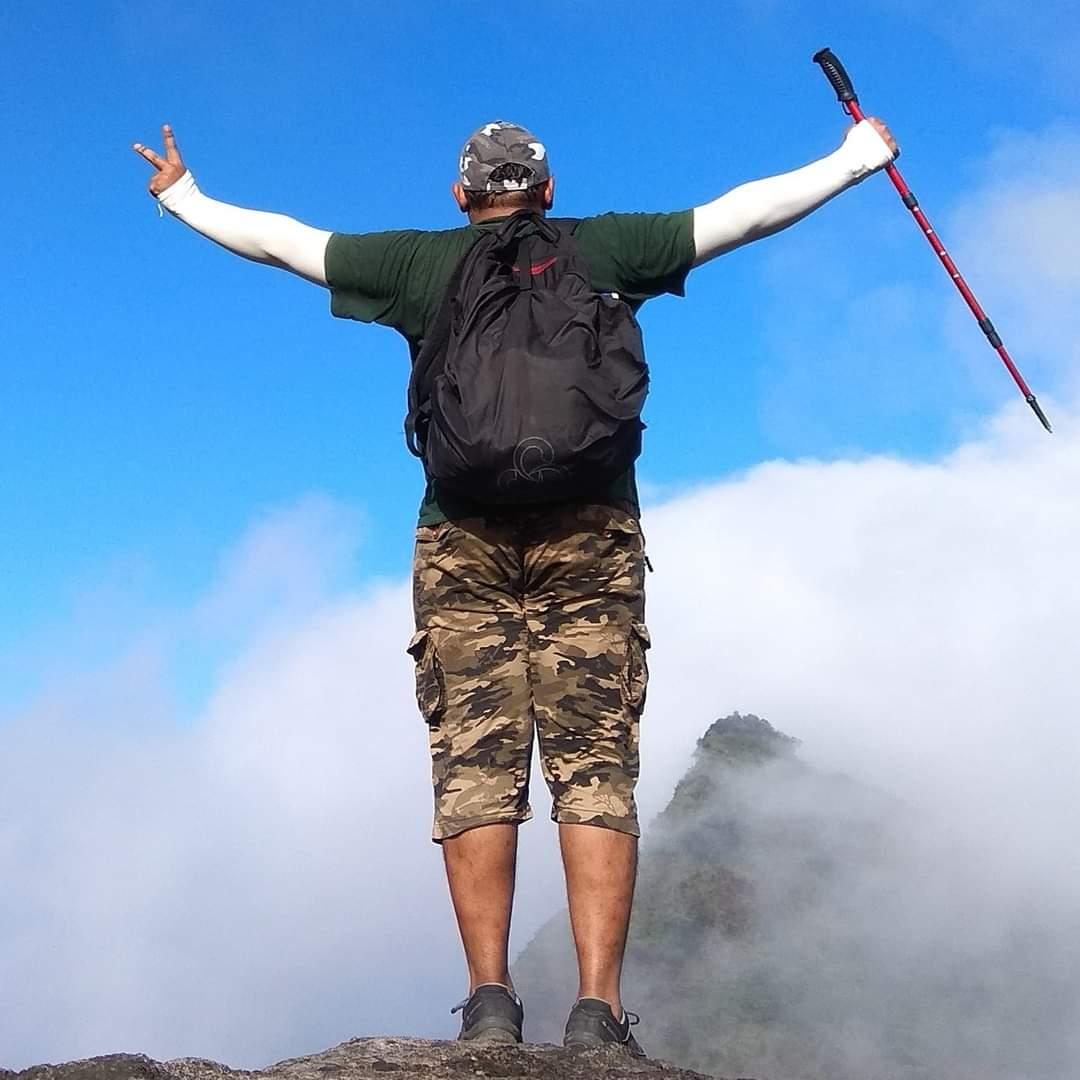 Finally, to sum up in short, this is a trek to be added to the bucket list of any avid trekker, for the serenity it holds as it is an experience of a lifetime it offers, especially being in the footsteps of mother nature, absolutely cut-off from the modern, virtually connected world, respecting nature and experiencing the wilderness, in her pace, especially in absolute silence and with the true sound of nature. These treks teach us a prime lesson that one cannot conquer nature; but make oneself better than the person who he/she was the day before.