The Importance of Corporate Social Responsibility

Corporate Social Responsibility (CSR) is a subject of much interest to me, mostly because it is one activity in business that is not aimed at boosting its bottom line but rather looks at the environment within which businesses operate. It seeks to give back to communities that by and large have contributed to the growth of businesses.

Corporate Social Responsibility is very much misunderstood. Many people look at CSR  projects as stand-alone activities that an organization undertakes. But rather, this should be woven into a coherent corporate strategy that is well budgeted for at the beginning of the financial year. Of course, Corporate Social Responsibility is a voluntary action or effort which a company undertakes in its operations in line with its environmental, social,  and economic sustainability plan.

CSR is something that an organization does on its own and it is self-regulated, and it must be embedded into its business model. The board of the organization, however, might want to audit the extent to which an institution is implementing its CSR programs in order to ensure that it complements governmental efforts in alleviating suffering in the community. CSR is growing in popularity and is being noticed by customers as a valuable facet of any business, no matter their size or specialty.

There has long been some misunderstanding regarding the meaning of CSR because it has the word "corporate" in it. The fact that it has the word "corporate" does not mean that it is solely confined to corporations. It applies to any kind of business whatever its size might be. Small businesses can also be socially responsible, and promote their social responsibility efforts. It has been noted and concluded that businesses of all sizes benefit greatly from operating in a more socially responsible manner. The CSR programs create ripple effects in the market and help to enhance business growth and customer base in the long run and help the organizations retain more committed employees.

As stated earlier, CSR is voluntary. As such, there is no concrete blue book or dictionary on how to conduct social responsibility activities in your area of business. Businesses are at liberty to engage in any type of socially responsible activities so long as the programs fall within the ambit of environmental, social, and economic sustainability aimed at benefiting communities within which these businesses operate.

I am always appalled whenever I see a full-page advertisement of a company with  pictures of the Public Relations Officer or Managing Director handing over a cheque to some needy person or group valued at less than the cost of the full-page advert itself.  There have been instances in Malawi where an organization donated 500 dollars and paid 1,200 dollars for the event to be covered in the press. I find this demeaning and self-defeating and consider the company as taking advantage of the vulnerable groups. I believe companies ought to draw CSR budgets at the beginning of the year which should be benchmarked on a reasonable percentage of the net producers’ revenue.

The objective of CSR should be to ensure that the programs positively impact people's lives in the communities within which these businesses operate. CSR should not be driven by advertising space or newspaper coverage,  but rather should be motivated by the philosophy of making the world a better place; one block at a time. Additionally, sponsorships should not be classified as Corporate  Social Responsibility activities since they are premised on enhancing corporate image and not developing communities.

The benefits of CSR are many. Companies establish good reputations and this could help in attracting new customers, garner positive reviews in the press, save money through operational efficiency especially when such CSR focuses on improving the internal work environment. It may also help to draw top talent to join the business as more people are inspired by the company's selfless deeds. Large corporations both Public and Private often prepare formal CSR reports highlighting activities under their CSR program which would appear in their annual reports. This helps in enhancing accountability.

Corporate Social Responsibility is vital for companies because if the community does not approve of how they do business, they may lose customers or see their reputations suffer. In Malawi, we have seen whole communities demonstrating against corporations with poor or no CSR programs. In the recent past, the advent of social media has helped to highlight the ills of businesses so much that those companies with positive  CSR programs have been identified and their activities adequately highlighted in various media outlets. The news media and activist groups often watch companies closely and are quick to publicize instances of irresponsible behavior. These media houses help to provide checks and balances.

The same thoughts highlighted above were echoed by Phillips and Lyall (1998), who declared that “in a modern commercial area, companies and their managers are subjected to well-publicized pressure to play an increasingly active role in the {welfare of} society”.

There are people who agree with Peter Drucker who in 1984, wrote: “business turns a social problem into economic opportunity and economic benefit, into productive capacity, into human competence, into well-paid jobs, and into wealth”. 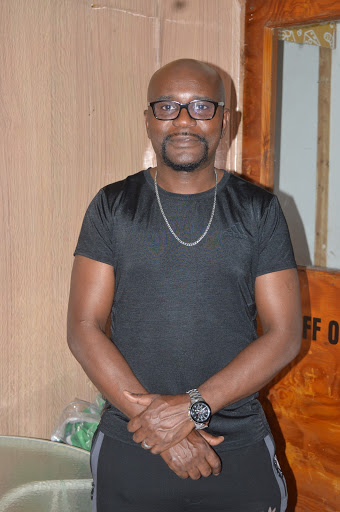