The movie "UP" tells the story of Carl Fredrickson, a friendly little widower who lives alone in a house he restored along with his late wife, Ellie, whose memory he cherishes constantly. Forced to leave his home, threatened by real-estate interests, to live in a nursing home where he didn't want to go, Carl decides to go on a long journey that he had always dreamed of taking with his wife but that life never allowed... and leaves home through a system that he created and that makes it fly. But the journey is bound to change radically when he meets the scout, Russell, an eight-year-old grabbed on his porch, an unwitting passenger on that trip.

The movie revolves around Carl, who is a calm person with simple dreams who believes he was never made for bigger things in life, unlike his wife Ellie, who was a wild-spirited one. The couple got married and tried to start a family, but were unable to have a child, which affected them a lot. Consequently, they turn their life mission to go to a beautiful place called Paradise and to live by the waterfalls. But Ellie falls sick and leaves Carl alone in life. He somehow manages to live alone. But the real estate company really pushes Carl to evacuate the house. When things turn upside down for him, he tends to take the biggest adventure of his life. The story is about what happens on his journey and whether he succeeds or not. This movie has touched my life in so many ways. From an old man’s love for adventure, passion to keep it alive, the depth of true love, and the desire to be there for someone in life. This movie has been considered one of the classics in the animation movie industry. Pete Docter and Bob Peterson directed it, who have done some fantastic movies like Wall E and Finding Nemo. The movie has won some of the major awards in the industry, including Best Achievement in Music Written for Motion Pictures, Original Score, and Best Animation Movie in the year of 2010.

In simple words, life is not about the destination you reach, but it's all about the journey you take to get there. This is the kind of feeling that stays with you forever. 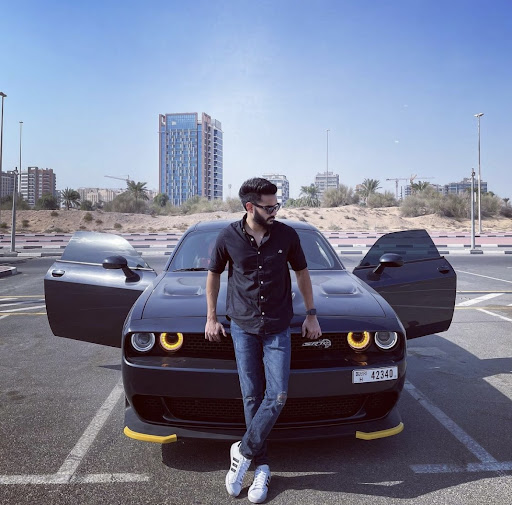 Completed Bachelor of Management Studies from Jain University Bangalore, Settled in Dubai. I love to go on Long drives and hiking during my free time. My Motto in life is Don’t Wish for it, Work for it.