Leading: Learning From my Life and My Years at Manchester United by Alex Ferguson with Michael Moritz | Book Review

This is a classic from one of the greatest managers in the history of football, Sir Alex Ferguson. This is not just for the ‘Man U Fanatics’ out there, this is rather an inspirational guide to leadership for all aspiring leaders and managers.

Sir Alex Ferguson famously said “My job was to make understand that the impossible was possible, that’s the difference between leadership and management”. In his book, Sir Alex and Sir Michael Moritz take us on an inspirational journey through more than 27 years with the Manchester United Football club and hence gives the readers a first-hand account of various elements that have helped shape his ingenious leadership and management capabilities such as hiring to firing decisions, persistence under failure and adversity and transition to teamwork. The book is mainly weaved around several themes and traits of leadership such as oversight, discipline and, most importantly, dealing with failure.

What I found interesting is Sir Alex’s attention to detail and his ability to listen and observe. His illustrious career and records speak for itself. However, in the book, Sir Alex talks about the power of observation and listening. I feel these traits are essential for a modern day leader or manager since technology and ability to process data have reached a superior level. Now, decision making is more critical than ever and hence without a doubt, such traits would take us a long way. These traits come into play when an incident with David Beckham is revealed here by Sir Alex in this book. In 1998, David Beckham was famously criticized in the press for receiving a red card in a World Cup match against Argentina at a critical juncture of the match when his team needed him the most. Upon Beckham’s return to the club for the domestic season, Sir Alex listened and observed first instead of criticizing and this, as later stated by Beckham himself, was a great coaching tool which boosted his self-confidence and motivation to work. Without a doubt, this boost must have contributed immensely to the club’s successful title run that year.

This book is a must read for aspiring leaders and managers who want to learn about successful and proactive leadership and management techniques from one of the greatest managers in history. 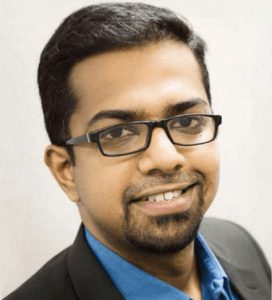 Dr. Vivek Mohan is an award winning researcher with several years of experience in planning, designing and delivering business management programs in higher education and corporate sectors in the UK, Europe, Middle East and India. Dr.  Mohan had previously taken up Faculty and Researcher positions in Sheffield Business School, UK and Leeds Business School, UK. He has a PhD in Business Management and an MSc in International Business from UK .