Travel Review- “Jatayu Earth Center: A Place to be”

Being extremely fascinated by India and its culture, I am always delighted to visit places across the country where lies the heart and soul of the nation. Of the different destinations that captivated our attention, Jatayu Earth Centre stood far distinct from others.

Jatayu Earth Center, also known as Jatayu Nature Park or Jatayu Rock, a park and tourism centre, holds high the unique and massive concrete statue of Jatayu on a huge rock, called the Jatayu Para (Jatayu Rock). It is situated at Chadayamangalam in the Kollam district of Kerala, India. Before knowing about this captivating tourist spot, one needs to know what Jatayu means.

Jatayu is a much admired character from one of the oldest and enthralling Hindu epics, Ramayana. Jatayu, the King of Vultures, is known to be a demi-god and as the epic goes, Jatayu fought heroically the anti-hero, demon Ravana while he was abducting goddess Sita to Lanka. According to Kerala folklore, Jatayu was too old while he attempted to rescue Sita and so was defeated by Ravana. The demon clipped his wings and the valiant bird fell on the rocks of Chadayamangalam. It was said that Jatayu, though in great pain, held his life till he met Lord Rama and Lakshmana to narrate the whole incident to the duo, who came his way in search of Sita. Jatayu is, therefore, an epitome of valour, devotion and women’s honour.

Now about the mesmeric sculpture of Jatayu at the Jatayu Earth Center that stands at an altitude of 350 m above sea level. The Park holds the distinction of having the world’s largest bird sculpture of Jatayu and is the first public-private partnership tourism initiative in the state of Kerala uniting the Tourism Department of Kerala and Shri Rajiv Anchal, the sculptor himself, with other stakeholders.
.
At the park, lies the massive carving of Jatayu that tries to rise up after the fall, with a broken wing and claws held up in pain, yet putting up a brave face… a face that evokes respect and compassion. The intricate work of chiseling seen on the body and wings of the bird leaves you speechless.

The mesmerising piece of art was sculpted by Rajiv Anchal, a world-renowned sculptor, art and film director. For Rajeev Anchal, the architectural grandeur is not just another tourism project, it is a symbol of man and wildlife living in harmony. This was one of his dream projects and it took around ten years for Rajiv and his team to design and execute such a colossal piece of work. The grand sculpture, 200 feet long, 150 feet wide and 70 feet tall having 15,000 square feet of utility space inside, including a multi-dimensional mini theatre was opened to visitors in August 2018. The sprawling sculpture has, no wonder walked gracefully to enter the most prestigious Guinness Book of World Records for unveiling a spectacular view of the world’s largest bird statue. “Jatayu died protecting a woman’s honour and that is what the sculpture stands for”, says the sculptor. On the sculpture is inscribed the priceless words “Dedicated to Women’s Safety and Honour”.  “Jatayu Smrithi”, which means “in memory of Jatayu”, a beautifully written poem by the Njanapeed awardee and renowned poet Shri O N V Kurup is engraved on the rock. The heart-warming poetry is also translated into English and Hindi.

Jatayu Earth Center lies on the hills, valleys and caves spread across 65 acres and in spite of the fact that it attracts huge crowd each year, the project is a typical example of eco-friendly and sustainable tourism. While standing near the sculpture of the noble soul, one can sense that Jatayu is protecting the entire area, thereby making the name Jatayu Earth Center, the most befitting title for the project.

The visitors can feel and witness the splendor by taking a ride in the Swiss-made cable cars to the main hill experiencing a breathtaking view of the surroundings with lush green paddy fields and farmlands. One can also enjoy a bird’s eye view experience from inside the sculpture. You also get to see a few mythical markings and a temple located adjacent to the sculpture.

The Park has become a popular tourist destination as it boasts of the world’s largest bird sculpture. The beauty is spellbinding and it has pulled a record number of visitors from around the world in a very short span of time. For those who appreciate mythology and its essence, the invaluable efforts of the architect and craftspersons expressing love for art and nature, this spectacle is never to be missed.

Your complete guide to Jatayu Earth's Center 2021: Everything you need to know 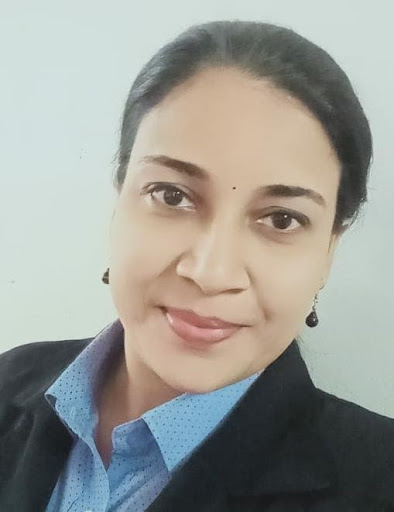 Suja Warrier is a faculty member of the Doctoral Research Program at Athena Global Education. Her Doctoral research was in Quality Management and her Masters was in Commerce. She has several years of administrative and teaching experience with reputed institutions and has published research articles in well-known peer-reviewed journals. Her areas of interest include Cost and Management Accounting and Financial Management.

Hello, yeah this article is truly nice I have learned lot of things from it on the topic of blogging. thanks.

Thanks for your attention😊

Hi there, I enjoy reading all of your article. I wanted to write a little comment to support you.

Thank you for taking your valuable time to comment for us. Keep supporting us.