‘Immortal Talks- 1’ is a book written by Shunya (which means “nothing” in English). The anonymity of the author itself creates a lot of curiosity in the mind of readers. I would highly recommend this book to everyone and anyone who is curious to understand from a spiritual perspective the answer to the question: “Why is this happening to Me?”

“Every emotion is a form of attachment.” ― Shunya, Immortal Talks

The book connects the essence of science with spirituality. Never have I come across such a lucid and terse knowledge of the laws of universe, karma, parallel universes, spirituality, God, actual meaning of salvation and so many other spiritual things explained in such a rational way. Karma (in Hinduism and Buddhism) is the sum of a person's actions in the present and previous states of existence, viewed as deciding their fate in future existences.

“Love liberates a person, but love infested with attachment does the opposite.” ― Shunya, Immortal Talks

The fundamental concept of Space-Time is depicted through several examples; that every scene or experience we face has an infinite number of possibilities of next scenes and the current scenario we are undergoing has been derived from the infinite number of possible previous scenes. Somewhere in the book, it goes beyond space-time and outside the sphere of space-time where everything is Shunya or “nothing “and Shunya has countless interconnected tunnels running all around the space-time ball, from where we can access any scene referred to as the Strings of Time, extended around the space-time sphere like cobwebs. And that is the path through which our soul can travel to any place or memories in a second and even from the human world to the dream world.

“If you can imagine a scene, it exists out there in Space-Time. Whether you get to live it or not is another matter.” ― Shunya, Immortal Talks

“The universe looks like a quiet, shining white ball of strange fluid when perceived from outside Space-Time. This fluid is held together in spherical form by a web of thin strings spread all through it. This white fluid is the fluid of Space. These strings are that of Time, also known as T-strings.” ― Shunya, Immortal Talks

“To you, as a human being who is trapped in Space-Time, this universe seems to be made up of objects. You classify them as small, big, living, non-living, and so on. For someone who is free from Space-Time, the Universe consists of scenes. I can choose any scene and live it as though it’s happening with me.” ― Shunya, Immortal Talks

The book starts with two monks secretly observing a group of tribal people (Mathang tribe of Sri Lanka) in a forested mountain. It appeared like the tribals were talking to something or someone that was visible to them, but was invisible to everyone else. Instead of discarding the talks as hallucinations, the monks kept aside their rational mind and observed the communications. They discovered that the talks were between an immortal (Lord Hanuman from Hindu religion) and his secret disciples, the jungle dwellers. These talks revealed the mysteries of life and secrets of spiritual powers and examined the concept of reality, karma, desire, soul, destiny, time and space.

“You need to know the light in order to recognize the darkness you dwell in; else you would mistake the darkness for the light.” ― Shunya, Immortal Talks

There are six chapters in the book where all these revelations are communicated step by step to the listeners with the help of experiences and situations.

The first chapter “The Alternate Mother” focuses on different realities of life, parallel universes/realities and the choices everyone makes which create these realities.

In the second chapter “The Mermaid “, the concept of Karma is addressed; how Karma (good and bad) can be transferred from one person to another due to attachment.

The third chapter “Describing the Indescribable” explores the Space-Time concept and how the choices we take and the acts we perform in a present situation create future situations and how all the situations show up as scenes.

The fourth chapter “The Strings of Time” explains how important faith and trust are and also dwells on concepts about destiny.

The fifth chapter “Defeating Death” conveys the concept of the dream world  and clarifies how the soul travels to the dream world when the physical body is sleeping and fulfils the unfulfilled desires. It also stresses on the eternal nature of the soul.

The sixth and the final chapter “The cursed souls” communicates the importance of being aware of one’s sentiments and emotions. This helps to stay non-judgemental about others' reactions and thus not get affected by their karmas.

“You can understand anything when you want to.” ― Shunya, Immortal Talks

To conclude, this book may not be enjoyable to ones who are not open to the concepts of spirituality and who are not ready to understand new concepts with an open mind and who are more driven to only scientific facts. For anyone who reads it with an open mind and who wants to look beyond what is in front of their eyes and view the world from a different mindset, each of the concepts mentioned in the book will compel to reflect on the happenings in their life. You would get a sense of completion relating to the concepts which have been explained only after reading Book 2 in the series, which completes it.

For any discussions or sharing thoughts on the book and the concepts, feel free to write to me at shiju@athena.edu 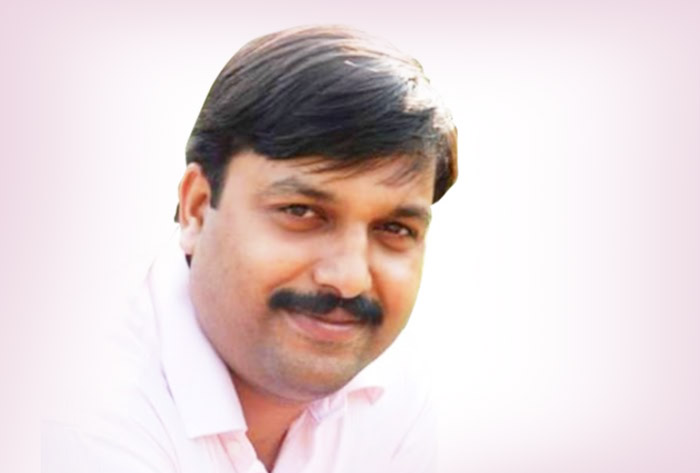 Mr. Shiju Philipose has more than 17 years of extensive academic and operational experience in Professional Education and Training and has worked in academic institutions as well as corporates in India, Middle East, and Canada.