A high-ranking police officer Krishnadas (Indrajith Sukumaran) readies himself to participate in his farewell event. Meanwhile, he is informed by another policeman (Saiju Kurup) of the detected presence of a criminal by the coast guard who, in turn, reminds him that his time in the police force ends the next day and that matters are now handed over to the next rung. As the event unfolds, the policeman stumbles upon Krishnadas’s old and famed case file titled ‘Kurup’, and proceeds to read it. Thus begins the marvelous cinematic journey that grips you from the first frame till its explosive climax sequence.

This film was a blockbuster in India at a time when theaters could not house more than 50% of occupancy. The reason lies in its story, and the nostalgia it induces, especially among Malayalees – the population of the small South Indian state of Kerala. Such prominence this story holds that comments are made which bluntly state that ‘someone uninitiated on the tale of Kurup cannot be called a Malayali’. The story of Kurup, India’s most wanted fugitive, has seeped into Kerala culture in ways no other criminal, exceptions being Ted Bundy or O. J. Simpson, has ever managed to secure. By now, I expect you to be on the verge of being annoyed by the suspense of this writing. So, who was this Kurup?

The setting is 1984, Kerala. A young man, Sukumara Kurup, stylish and extravagant, returns home after years of working in Persia. Yes, all of this is perfectly normal, until Kurup manages to convince a few friends and a cousin to help him fake his death and illegally obtain life insurance worth 8 lakh (around 40000 USD today). What follows are the group’s desperate attempts to find dead bodies matching Kurup’s height and weight. They rummage mortuaries and are even said to have looked into cemeteries and dug up graves in search of a matching body. All attempts were in vain, until the disturbing, yet brilliant idea of killing a man arose in their minds. While on a night drive in search of suitable bodies, the group comes across Chacko, a film distributor’s representative from Thiruvananthapuram. Eager to return home before midnight and having missed the public transport, Chacko asks the gang for a lift in their car to his village. Kurup and his friends welcome the unsuspecting victim into their car, drug him, place him on the driver’s seat, drive the car to a lone paddy field, and set it on fire.

The ‘death of Sukumara Kurup’ was news the next day. It was a clear case of a roadside accident. Yet, the discovery of the car set ablaze by petrol, perplexed the police officers. Then, the presence of meat curry in Kurup’s house (cooking meat during a family member's death is forbidden by society), added to the mystery. The police then received the news of Chacko’s missing case and the dots were connected. This is the beginning of India’s greatest homicide investigation, one that haunted people for decades. Kurup has been missing since. He was searched by everyone from common men, the local police, the CBI to the Interpol. Yet, there has been no information on him save the thousands of letters claiming sightings of Kurups that plagued police stations for years.

A film on the case isn’t new. NH47, a 1984 Malayalam film narrated the events carefully. But what Srinath Rajendran, the director of Kurup, felt was missing, is an element of humanizing Kurup himself. He didn’t want to make a film on the famed Chacko murder case, he wanted to make a film on Kurup. His research concluded that the Chacko case was nothing but an episode in Kurup’s life and that his exploits were more expansive than the public ever imagined.

Srinath then teamed up with the actor Dulquer Salmaan, son of the Malayalam industry’s godfather of acting,Mammootty, during 2019 to produce the film. The 2020s and the pandemic made way for a new audience for Malayalam cinema through OTT platforms. Malayalam cinema focusing on art, high-level concepts, slick cinematography, and superb acting, have qualities less focused on by the mainstream Tamil or Bollywood cinema. It has always been a bubble reserved for Malayalis and occasionally seeping into other South Indian audiences. It was the pandemic that made the Malayalam industry top-rated in India and it was precisely this situation that forced the filmmakers to produce a film of international quality.

There is not one department in cinema where Kurup falls short. Srinath Rajendran’s filmmaking carefully transforms the screenplay written by K. S. Aravind, Jithin K. Jose, and Daniel Sayooj Nair into a cohesive cinematic experience consisting of enough mystery, thrill and excitement to enthrall you for days. Nimish Ravi’s cinematography is beautiful and Vivek Harshan’s editing is so deft and smooth that you don’t realize how it enhances the pacing and thrill of the second half.

But the man who really deserves a standing ovation is the National Award recipient Vineesh Banglan for his masterful production design. It was his absolutely brilliant and authentic remake of the 1940s in the historical epic Kammara Sambhavam that brought him his well-deserved National Award for Best Production Design.  He has undoubtedly put all his knowledge, skill and talent into magnificently recreating the 70s and the 80s in Kurup. From the beautiful scenery of old rural Kerala to the hustle and bustle of Bombay as it was known back then, Abu Dhabi of the 80s filled with its array of vintage cars, to a perfect recreation of Helsinki in the early 2000s are all equally convincing and picturesque. Kurup devoid of Banglan’s captivating mise-en-scènes would have been a wasted attempt.

The second man who deserves applause is Sushin Shyam for his fantastic music score. Sushin’s name is not new to Malayalis. He has been regarded by many to be the Hans Zimmer of Kerala, although his young age contrasts greatly with that of the latter. He achieved great fame and recognition for his work, which he always selects carefully, in films such as Kumbalangi Nights, Varathan and Anjam Paathira. Sushin Shyam is synonymous with groovy and upbeat music though some of his best compositions have been slow melodies. His music flows in multiple layers and envelopes the listener like a blanket on a cold winter night. For Kurup, his scores are intense, heavy and gripping, full of thrill and suspense.

Sushin is a storyteller and a weaver of sound, and he has not fallen even a bit in Kurup, where he seamlessly blends his music into the scene with no effort. His title track right after the opening sequence pulls you into the film to the point of no escape and his background score at the unpredictable climax scene is one that provides a rare goosebumps effect. The songs Pakaliravukal, a very catchy love track and Paathira Kaalam, similar to 80s thriller music, and all the others never fail to impress.

Dulquer Salmaan, already a person of great style and charisma, effortlessly portrays Kurup. Everything from the movements of his eyes to his walk and his speech is carefully choreographed to truly make us see the character and not the actor on the screen. Indrajith did his role commendably as Krishnadas, the police officer who ignites the cat and mouse chase in the film. But the real credit must go to Shine Tom Chacko who portrayed Bhasi Pillai, Kurup’s almost evil cousin, with such finesse that the audience has never hated a character so much. He is creepy and disturbing in his role, which shows his caliber as a fine actor.

But, in the end, it is the exceptional screenplay that is the core of the film. While the first part is long at some points, reducing the length would have meant lesser impact in the firework-like sequences of the second half, where we connect the dots and truly realize Kurup’s intentions. The second half is mostly fictional as Rajendran imagines what Kurup would have done in his years of exile and tries to answer some of the remaining mysteries of the case, such as why Kurup killed someone for USD 40000 which is actually not a great amount for him, as he was already a high paid officer in a petroleum company. To answer this, he brings in exotic military connections, underworld, smuggling and mysterious Arab princes into the melee.

Overall, Kurup is an excellent and superbly crafted movie. A must-watch for thriller enthusiasts, crime aficionados, and cinephiles for an explosive gem of an experience, worthy of a solid 9/10 rating.

Kurup is available on Netflix in Malayalam, Tamil, Telugu, Kannada and Hindi with English subtitles. 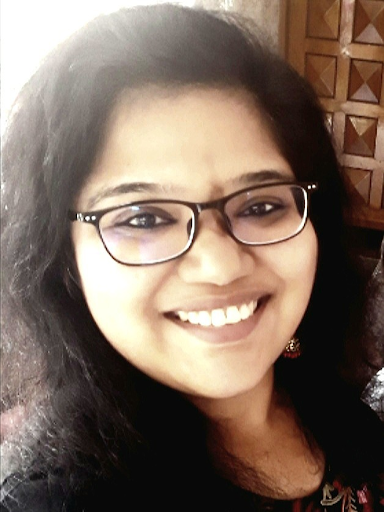 Dr Sree Lakshmi describes herself as an eternal learner with an inquisitive mind and a cheerful attitude towards everything in general.

Dr. Sree is an experienced academician and researcher who began her academic career as a Professor teaching Management to Engineering graduates. She has taught Marketing- core and elective subjects for Master’s programs in Management at leading business schools. Dr. Sree loves anything related to digital, brands and marketing in general. Her doctoral research primarily focused on Branding and Social Media. Her interests include brand communications, social media, advertising and consumer behaviour. She has also served Canon India in various capacities handling Corporate Sales and Key Accounts for several years before commencing her academic career.

When she is not working for Athena, Dr Sree Lakshmi is an avid reader and enjoys everything artistic and creative. She has a second career as a full-time mom to two school going children and two cats; all locked up at home since March 2020. To them, she is currently an educationist and caretaker in addition to being an occasional doctor and veterinarian.