A second addition to the Ramachandra series by Amish Tripathi.

A title powerful enough to sway your thoughts from thinking Sita to be the daughter-in-law of Ayodhya to her being a daughter of Mithila. Amish Tripathi in this book, represents a completely different outlook and genre of Sita – a woman who is powerful, authoritative, knowledgeable, and above all fearless, surpassing the skills of many of her male counterparts.

This book will take you through the various stages of Sita’s life from her birth to death and her battle to survive it. The story walks through Sita’s conversation with Guru Vishvamitra on leadership, equality, governance and freedom. Bringing in Ram at a later stage where a mutual partnership of duties between him and Sita is illustrated as they depict the chosen Vishnu’s.

Amish’s Sita is portrayed as a woman who is independent, not submissive, or overly dependent on her husband or in-laws for her survival! The narrative of their marriage is a reflective question of duty, devotion, discipline, romance, and at last, sacrificing individual wellness for the pride of being a King. The myriad characters brought on stage by the writer connect the readers where everyone tries to relate to being a character not with the ideology of being ideal, rather being themselves in today’s society.

The interpretation of Sita is not that of an ideal wife, mother, or daughter-in-law, rather as a shaper of destinies, who not only determines it for herself but also those around her. She is considered to be the one next to Vishnu and so she possesses some fierce skills of a stick-wielding, skull bashing, knife throwing, fiery-tempered military strategist afraid of very little, making her an astute stateswoman and leader. The readers are held in thrall when the author brings in every aspect of Sita in a frame - her birth, her origin, her relationship with adoptive parents, her friendships, her politics and her society.

From the very start thus, the book braces the reader for an exhilarating read having a hyperlink narrative style. With a strong character delineation, Amish has represented the Goddess in a complete avatar of today’s India. The writing style of the author is very lively and takes the readers on a whole new ride of Indian history and mythology. The book has a very ice-breaking ending leaving the readers to crave for more, and many mysteries are unraveled, keeping the reader in awe.

One of my favorite quotes from the book is “Running away is never the solution. Confront your problems. Manage them. That is the way of the warrior”.

The book is a true reflection of struggle, political tryst, power, casteism, sacrifices, and duty – Worth a read! 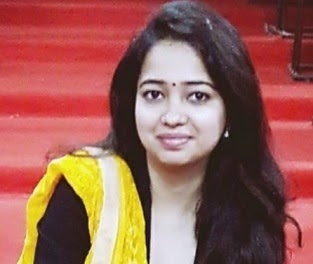 Dr. Nilanjana Kumari holds a Doctorate in International Marketing and has five years of experience in academics. She completed her degree graduation from the Faculty of Commerce, Banaras Hindu University, Varanasi.

She has been actively participating in training students for elocution, extempore, and public speaking. Explore, Learn and Grow! is her mantra for teaching, and she strongly believes that learning comes at every stage and from everyone.

Aiming to be self-reflective in the teaching process, Dr Nilanjana believes that knowledge will overpower darkness.