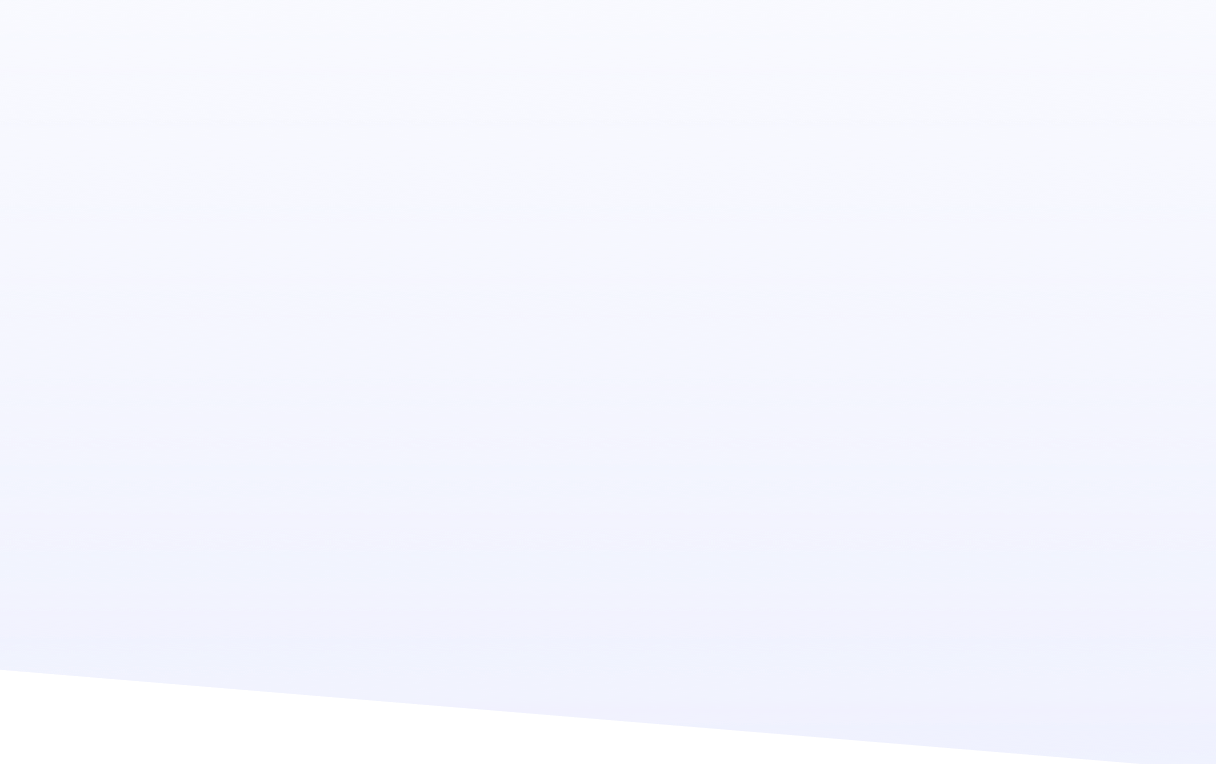 Transparency is the guiding principle of our organization.
Know about us and how we deliver our programs and services.

The Executive Council, chaired by the CEO, is made up of senior leaders from across the organization, the board nominated members, and independent Industry Experts. The purpose of this council is to provide strategic and operational direction to Athena Global Education. The CEO retains ultimate executive responsibility for proposing the Strategic Plan and Budget to the Governance Board and remains accountable for its implementation. The Executive Council should convene 3 times a year or on a demand basis. 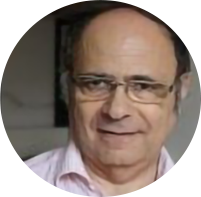 Dr. Michael Akerib has divided his professional life between industry, executive education and academia. He has always been interested in change – sociological, technological and the blending of the two and its impact in determining the future. His professional experience was acquired in corporations leaders in their field (Dow Chemical, Merrill Lynch, COMILOG) in Africa, France and Switzerland. He was the CEO of a South American gold and diamond mining corporation in the early 1990s. As a consultant he devised strategies for SMEs in areas as different as metals and luxury products.

Since 1991 he has been involved in executive education and academia in over 20 countries. He has created curricula, franchised educational programs he created, was dean, managing director of business schools and rector. He is still active in higher education in Belgium, France, Romania and Switzerland. He has published a number of articles on demography, energy and Russia.

Dr. Michael considers himself a global citizen – born in the Near East of grand-parents of four different nationalities, grown up in South America, studied in Britain. He has lived since numerous years in Switzerland with long-term stays in Afghanistan, the Czech Republic and the Democratic Republic of the Congo. He was a frequent visitor to the Soviet Union during many years. He has a Bachelor degree in Biochemistry, a Masters degree in the Biochemistry of Nutrition, an MBA, an Mphil in Industrial History and Geography and a PhD in Social Sciences. He has also passed his Security Exchange Commission and Chicago Futures Trading Commission examinations. His hoby is writing surealistic short stories. 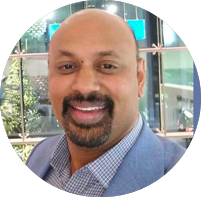 Dr. Emmanuel is Head of Academic Delivery, he is is an ambitious, Educational Psychologist and Life Coach...

Over the last 20 years Emmanuel has conducted conferences in more than 25 countries, internationally, and still continues to network with people across all spectrums to bring about transformation. Currently, he facilitates workshops and training programs within the United Arab Emirates as well as lectures at Universities and Colleges for Higher Education.

He derives immense joy in helping people to discover their purpose in life. For this reason, he aspires daily to motivate, inspire, enlighten, encourage, counsel and educate people to realize their latent potential and how they can harness their gifts and talents to bring about positive change, ultimately fulfilling their destiny. Dr. Emmanuel’s Motto in Life is simply, “Your Success is His Success”. 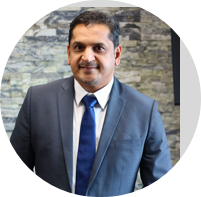 Mr Firoz Thairinil is the Founder and Chief Executive Officer of Westford Education Group, ensuring that a....

Mr. Thairinil led Westford from very humble beginnings in 2008 from a small training academy to a Global Education Provider, having students from more than 130 countries across the globe. Mr. Thairinil started his career in Banking in 1995 as a clerical grade officer and rose to the rank of The Country Head in a span of 15 years. During his 15 years stint in Banking Industry, he worked with reputed Institutions like Standard Chartered Bank, Emirates International Bank (ENBD), and National Bank of Umm Al Quwain (NBQ).

During his very last position as Country Head – Retail Banking Sales for a large bank in UAE, Mr. Thairinil was driven by his vision to create an impact in the Education System. With an objective to make Quality Education more accessible to all using Technology as the Key Instrument, Mr. Thairinil embarked on his journey to bring transformation to the Education Industry. 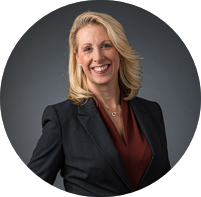 Dr. Michelle Kempke Eppler was appointed Associate Vice President for Bellevue University in December, 2017. She serves in two University roles; as the Associate Vice President of the Human Capital Lab and as the founding Dean of Bellevue University’s College of Continuing & Professional Education. She also serves as the Program Director for the Master of Professional Studies and the Master of Strategic Management degrees. Previously, Dr. Eppler served as Assistant Vice President of Academic Services/Dean of Students from 2003-2012, and the Faculty Athletic Representative (FAR) for BU Athletics from 2012-2018. She has more than twenty-four years of experience in higher education, including seventeen years of experience in international program administration.

Dr. Eppler has been recognized for her accomplishments by the Midlands Business Journal (40 Under 40 Award, 2008) and the Omaha World Herald (Suburban Under 40 Award, 2010). Michelle has an EdD in Educational Leadership & Policy Analysis from the University of Missouri, a Master of Science in Counseling from the University of Nebraska, a Bachelor of Arts in International Relations/Latin American Studies (with minors in Geography and Spanish) from Drake University, and she was an ISEP Scholar at la Universidad del Salvador, Buenos Aires, Argentina.

She is a graduate of the Omaha Chamber’s Leadership Omaha program (Class 29), is currently serving in her third term as member of the Board of Directors and is Secretary of the Board for Kids Can Community Center, a member of the Board of Directors for ICAN: Institute for Career Advancement Needs, and is a past board member for the Nebraska Council for Problem Gambling and Bellevue Offutt Kiwanis Club. Dr. Eppler is also the National Education Committee Chairwoman for the National Council for Problem Gambling. 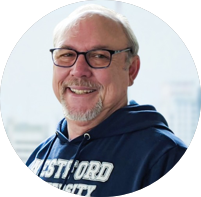 Dr. Painter is our Dean and he has held numerous positions in higher education, as a professor, a department chair...

Dr. William Painter has held numerous positions in higher education, as a professor, a department chair, a program director, a Chief Academic Officer and Liaison, and Dean at several institutions. He is a visionary leader in online education and student engagement and has always been guided by the principles that everyone should have access to higher education and that learners should be in control of their own success.

He is responsible for management programs including MBA, Executive MBA and PG Diploma that come under the Westford Education Group. Since 1988, he has been active in international private and public post-secondary and higher education. Dr Painter has worked with leading Business schools such as Groupe Ecole Superieure de Commerce, NCC Education, Laureate Online Education as  International Director and later assumed the role of Chief Academic Officer for the University of Liverpool/Laureate partnership .He has also served as Chair of the Social and Culture Studies Department for Stephens College, Dean of International Studies for City Vision University, and Executive Director of Bellevue University’s Center for Online Studies. 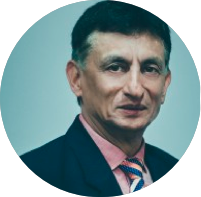 Chair of the Board

Col (Rtd.) Anil Ahluwalia has had more than 30 years of experience as a trainer. He is a Master Trainer and....

Chair of the Board

Anil Ahluwalia has had more than 30 years of experience as a trainer. He is a Master Trainer and acclaimed as an outstanding leader in the domain of Academic, Corporate, HR and Business Management Training Services. He commanded a large organization, and was involved in extensive training while serving in the Indian Army. He was also deputed by the Indian Government to train the Botswana Defence Force. Anil is presently spearheading conduct of all training courses for Westford Education Group in UAE, India, and other regions, as the Group Academic Director. He has also conducted training courses from graduate to post graduate levels, including workshops and seminars for varied nationalities in diverse job industries. He is also a qualified experiential learning trainer. His highly motivating seminars and workshops are well known for their high-quality content backed by his inimitable and engaging style of delivery. His energizing sessions are insightful and stimulate participants to unleash their innate energies, fulfill their potential and create an intense desire for success and personal excellence.

Anil Ahluwalia is an alumni of the prestigious St. Stephen’s College, Delhi; National Defence Academy, Pune; and also an MBA graduate from the Symbiosis University in India. Having worked in India, Botswana (Southern Africa), Oman and UAE, Anil has been a driving force behind our continual improvement philosophy, with intense focus towards improvement of people commitment and behaviour. He takes immense pride in dealing with the most important resource, the human resource and believes that people sometimes limit their own progress by building barriers with self-defeating prophecies and he enjoys assisting people to successfully overcome them.

It’s Time to Start
Investing In Yourself