Most people spend all or most of their adolescent lives in school pursuing what they are asked to do, English, Maths, Sciences maybe an art course or music, only to get the certificate that society says they need to have to go to the next level of the stage known as adulting. Sometimes, I think, is it worth it? No, I am not bashing school, formal education is important, but the right education makes all the difference. Personally, I have run the entire gamut of subjects in high school years ago and now I am an Accountant. However, is it all I really am?

I allude to the fact that most people train via one educational facility or another to be what they think they should be and though many achieve the qualifications for the profession their adolescent selves yearned for, there are far more people that have another  side to them that they haven’t truly explored. Yes, I mean the clerks with those fantastic voices, the salesman who can write circles around Hemingway and Dickens, the accountant who photographs for the National Geographic.

We are told what to study, aimed in the direction of a specific set of professional goals, but I ask you, do we truly blossom? Do we really develop the skills that come naturally to each of us and are the essentials provided to us to bring out that potential? Is the truth well fed to you?

The contrast is staggering. We see people worth billions own herds of companies but most of the time, they don’t hold the accountant, doctor or lawyer titles that many an aspiring scholar have slaved for days and nights to attain. No, many of these people were incarcerated, have been homeless and altogether have had checkered pasts. One might go so far as to say that society didn’t approve of their skill sets. From this kind, we have actors, CEOs and artists who, through following their inherent gifts, have truly cleared a path to the best of their abilities and in so doing, furthered society and even nations.

What did they do differently? For example, we have Jeff Bezos, a billionaire who graduated from Princeton in Electrical Engineering and Computer Science, founded Amazon on a road trip which started out as a bookstore, Steve Jobs, a college dropout, Oprah Winfrey, a radio talk host. All billionaires, their companies have supported many a charitable endeavour. They can all be seen as corporate philanthropists. Clearly, they are doing what they do best, however, their early school results would not have projected these outcomes. They broke the mould.

I wonder if the world would benefit from more of these less certified managers and supervisors. Maybe we could teach the young minds that they need to develop themselves, their minds, nurture their imagination; teach entrepreneurship instead of cramming theories on what happened 50 years ago, theories that would likely never be used in real life; teach how to invest instead of how to live a life in debt spending 40 years paying off a mortgage. Teach them how to leave a legacy for the next generation instead of having their sons and daughters start from the same place their parents did!

Societal norms differ from place to place and family to family but the consensus is that today’s educational system is more of a proverbial noose around the necks of indigenous creativity that rests within today’s youth rather than a rich fertilizer bringing forth and nourishing the yet unknown fruit from the branches of untapped potential.

We are grateful for the minds that support our CEOs and the like. After all, they are Number 1 in the team. However, can it not be agreed that the system of education should be expanded at an earlier stage to encompass more of the unconventional as an option? Even mandate the life practical essentials i.e., entrepreneurship, investment, Emotional Intelligence? 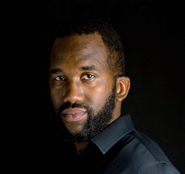 I'm gone to tell my little brother, that he should also pay a
visit this weblog on regular basis to take updated
from most recent gossip.

That's great. Thanks for the support