The best thing to write about technology topics is to write about space technology. Space is a vast world full of mysteries and secrets, and despite the amazing scientific progress, many secrets and scientific and technological facts related to it are still unknown to this day and  virtually nothing is known about them.

Space technology, despite its development, could not decipher many symbols, but it has reached satisfactory and in-depth conclusions regarding the planets, stars, and outer space. Space exploration would have been impossible without space technology. People are transported into space by rockets and space shuttles. Satellite telescopes, space stations assist us in exploring space, providing us with a better understanding of space by taking pictures of astronomical objects.

In 1998, work began on the International Space Station (ISS). With a network of units the size of two football fields, it was able to house up to 700 astronauts. There may be a satellite that can take much better pictures than we have now. With space technology, man was able to land on the moon, learned many facts about planets and galaxies, and many of them were discovered. It is one of the groups of stars and planets of the solar system that space technology has known accurately and studied on a large scale.

When it comes to space technology, it means highlighting the contributions of space scientists and astronauts in accessing this technology. It has developed amazingly, and small computers have been invented to deal with measurement systems and modern technologies related to space, spacecraft, and their orbits in the field of space technology so that each country seeking to develop its capabilities gets more information about the planets and galaxies. Countries can also find the best techniques that enable them to control the information received from the Earth through complex spying systems and other scientific ways that ensure obtaining the largest possible amount of information.

Space technology has contributed to many scientific benefits that revealed secrets related to space like the development of television, radio broadcasting systems, and telecommunications, as well as predicting many natural disasters. This has significant positive effects on humans, as space technology is not only related to space but also related to our planet, the Earth and it has contributed to its development. In addition,space technology has led to increasing the accuracy of weather forecasts, developing space programs, meteorological systems and other developments related to the Internet and communications networks. The United States of America and the former Soviet Union were among the first countries to develop space technology.

Space is a strange environment, and it requires enormous scientific and material capabilities to discover it, and the ability to get more accurate information and modest technological development cannot be enough. So the most important thing that space technology requires is scientific presence, technical skills, and advanced devices to get correct and fast information, and humans have reached high levels of development in this regard. 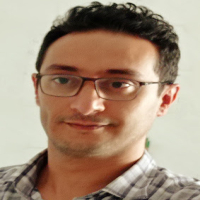