Remarkable Women in my Life

Women’s Day? I was not influenced by a  single woman… but plenty of them, throughout my entire life, and I want to introduce you to two of them. It  started with my Grandmother, a massive, beautiful, and rigorous woman with the kindest and  warmest voice on earth. From her, I inherited four things that have influenced and accompanied me ever since I was a little boy. Grandmother, or “Oma” as we say in Germany was forced to  take care of my grandfather's business when he was called to do his duty during the second  world war. Back then, their company “Optik Beyer” was the best and largest optician company in Altona, a  district in Hamburg, one of the major cities in Northern Germany.

In the late 30s of the last  century,  a woman leading a company was unique and rare like white ravens (are there any at all?). The first day of her taking over, my “Oma” gathered the company’s staff together and started,  very calmly and gently (with her kind and warm voice), to explain the situation, hoping to get their  support. The staff was completely taken aback and began complaining. One of the oldest employees stepped forward, sneering, and shouted “seriously, a woman, leading the company, it’s a joke, right?”. I learned from my mother later, when I was a grown-up, that was the  first and last time my Oma spoke calmly and gently with the staff. Two days later she fired the “sneerer”.

My Oma was an  extraordinarily successful manager. She spent most of her time back in her office. I always saw  her engrossed with numbers: bookkeeping, payment transactions, discussing loans and payment  terms with vendors and so on. That is the first of the four things I inherited from her: an interest in,  almost a love for numbers. Of course, she was totally different when she spent time with me. She  not only treated me as if I were something special and more precious than anything else, but she  also called me her “prince”. That was the second thing that influenced me, and to be honest not always in a positive way. I was quite puzzled when I realized that the impression of me being special was not exactly something that other people shared with my Oma. That turned out to be a bit of a problem, for example when I started my primary school. But that is a different story.

The third thing I Inherited from her came from our endless journeys by train throughout Germany. Oma and Opa (grandfather) owned a cottage which was situated in the south of Germany. Once or twice a year, we used to spend our holidays there. My Oma used to book a night sleepers cabin for herself, my mother, my brother, and me to travel from the north of Germany way down to the  south. It was during those endless hours of traveling when her reading from books like  “Krabat” or “The Brothers Lionheart” sparked my love for stories. Today, forty-five years later, as  a digital marketer and marketing analyst, I still make use of stories. One of the most compelling things  when it comes to explaining data is the ability to tell stories from the data. That way most of  your stakeholders can easily follow what is going on and gauge what is important and what is not.

The  fourth thing which I carry with me  is rather annoying and I wished she did not pass it onto me: migraine. However, when I was younger, I noticed that this inherited problem could also be utilized for all sorts of excuses, but again, that is a different story.

The second  woman I want to introduce is one of the customers I met during my time as an optician (yes,  I used to be an optician too like my grandfather and father before I decided to study marketing  and mathematics). One winter evening, almost twenty years ago, the door of our optician  shop opened and in floated, or should I rather say levitated, a very pale, dark-haired, classy woman in her late thirties looking for her first reading glasses. Initially, I was quite taken in by her.  Her gestures, her appearance, the way she expressed herself. But soon I realized that she was the  type of customer who constantly occupies your time without buying something at the end or at  best, only after days and days of endless consultations. Indeed, after almost one hour of trying  on one spectacle frame after another, she left the shop without buying anything, and even  worse, with the intention to revisit us in a few days. This annoying procedure was replayed over the next couple of weeks.

However, strange to say, after the third of fourth time, I  started to take pleasure in her visits. And another few weeks later – eventually – I realized that it was not glasses she was interested in. One week later, I proposed. There are moments when she still  can be very annoying. At this very moment for instance, Heike (that is the name of my former  customer and now wife for almost twenty years), is looking over my shoulder pointing out that it  is “for instance” and not “for instant”. But again, that is a different story. Without her, you most  probably would not be reading this little story of mine because it was not likely that I would have sold the families’ optician shop and started to study mathematics and marketing at the age of 38 and now pursue a doctorate. From her, I did not get four things which influenced me and  accompanied my life since that one winter evening, but one: Love. 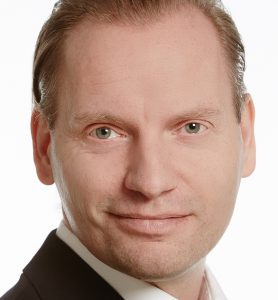