Food Review-"Lebanese Cusine: The Taste that Overwhelmed Me"

Walking down the streets of Dubai, I came across one of the finest Lebanese restaurants named Al Hallab Bab El Bahr. Though I had heard a lot about Lebanese cuisine, this was the first time I would be trying it. We sampled a couple of dishes after comprehending the total cooking process and its ingredients. I must say, we almost offended our polite and calm waitress with our enthusiastic queries. The food that I admired most was Fattoush. Fattoush (also fattush, fatush, fattoosh, and fattouche) is a Levantine salad made from toasted or fried pieces of khubz (Arabic flatbread) combined with mixed greens and other vegetables, such as radishes and tomatoes. Fattoush belongs to the family of dishes known as Fattah, which uses stale or toasted pita bread as a base. It has been said that Fattoush had originated from Northern Lebanon back when farmers had dried or leftover pita bread. They would sprinkle it in a salad with other vegetables and season it with olive oil and vinegar for added flavor.

The next meal that I would never forget the taste of was Hummus. Hummus is a Middle Eastern dip, spread, or savory dish made from cooked, mashed chickpeas blended with tahini, lemon juice, and garlic. It was garnished with chopped tomato, cucumber, coriander, parsley, caramelized onions, sautéed mushrooms, whole chickpeas, olive oil, paprika, sumac, olives, pickles, and pine nuts. When Hummus is served with bread, it blends well with the bread's proteins, creating a delicious taste. We were served Hummus with Pita, a family of yeast-leavened round flatbreads baked from wheat flour, common in the Mediterranean, Middle East, and neighboring areas. Although there are several beliefs and assertions of origin in various regions of the Middle East, there is inadequate evidence to identify the exact source or period of hummus' origination.

Last but not least, Baklava was presented on our table, a layered pastry dessert made of filo pastry, filled with chopped nuts, sweetened with syrup or honey, and garnished with walnut and fresh pomegranate. It is considered one of the most favored sweet pastries of Ottoman cuisine. However, nuts and honey fill with a top and bottom layer of honey and ground sesame similar to modern pasteli or halva, and no dough, certainly not a flaky dough. The theoretical aspect of cuisine was totally pointless at that time because the aroma and taste had taken control over my senses. 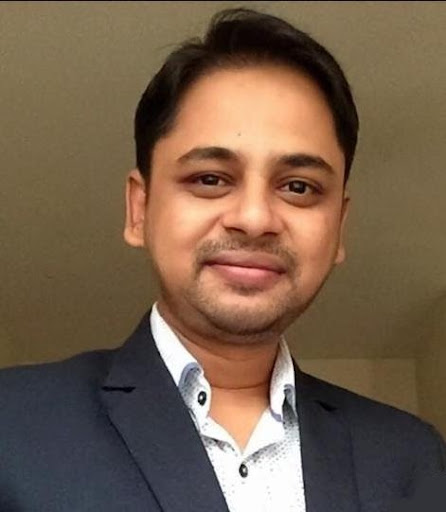 Prashant Priyadarshi is an experienced Senior Faculty and R&D Enthusiast with a demonstrated history of working in the education management industry. Skilled in Product Design and Development, Innovation, Business Ideas, and Professional Mentoring, Prashant has over ten years of blended experience in both Industry-Academic support. His knowledge extends to the areas of Artificial Intelligence, Machine Learning, IoT and Analytics. Prashant has a Post Graduate Diploma, Dual Master's, and Bachelor's of Technology in Electrical, Electronics, and Computer Engineering from the University of Mumbai. He is engaged in delivering technical training on Data Analytics supported by the latest technology to students and corporate aspirants.